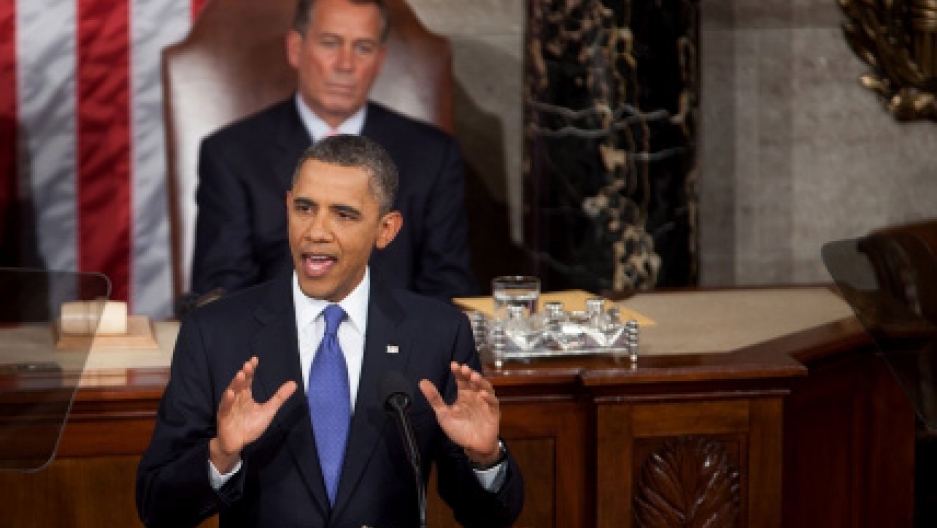 President Obama will announce a deficit reduction plan today that will reduce government spending by $3 trillion through cutting entitlements, tax increases and war savings. The plan is the White House's opening offer to the Congressional "super committee," which has until Dec. 23 to reach a deal on deficit reduction.

GOP lawmakers have already labeled the proposed tax hikes "class warfare," particularly the so-called "Buffet Rule." Named for billionaire Warren Buffett, who has repeatedly called for higher taxes on the rich, the rule imposes a minimum tax rate on those earning more than $1 million per year. Many Republicans contend that taxing the wealthy will only worsen the economy.

"It looks like the president wants to move down the class warfare path," said Republican Congressman Paul Ryan. "Class warfare will simply divide this country more, will attack job creators, divide people and it doesn't grow the economy."

Norquist argues the tax hikes will negatively impact business owners or those who invest in businesses, and slow economic growth.

"Maybe this will hit people like the Kennedys, who inherited their money, but it will also hit people who are trying to create jobs, who do invest in businesses large and small," Norquist said.

Here's what some folks on PRI's Facebook page had to say about this story:

Penny Tyson: Hmmm, when the super-rich of France asked to be taxed more, did these same republicans declare that a hostage situation?

Lydia Whirlwind Soldier: I wonder why the Republicans feel they have to protect the rich. Is it because they don't want to share or pay taxes either? I hope the middle class raise up and vote those people out of office.

Nathan David Teegarden: We've been in a class war for generations. The side that's been winning likes to pretend it doesn't exist.

David L. Anderson: Why should the people who have been successful and are not a drain on society have to carry the load for those who werent as motivated?

Tausif Khan: No the class warfare is what the Republicans have done by extending tax cuts to the rich, deregulate financial markets, cutting social programs and making them ineffective (Katrina/wildfires in Texas) and getting poor people to fight two wars for them

Vajra Di: wake up! the class warfare has been against the middle and lower classes for quite some time now. we pay our fair share...why shouldn't they? and by the way, everyone i know is motivated to work and earn a living, but they either can't find a job or can't get paid a decent wage for the hard work they do. CEO's don't have to worry about how they will pay their bills, how they will handle an emergency, how they will make ends meet and prepare for their futures...but the people working very hard for those CEO's to be successful worry ALOT. how can this be? and how does GE pay NO TAXES while the small businessman struggles to honestly pay his? it is very messed up!!! upside-down republicans feel they need to protect the very wealthy...protect them from what? they have everything they need and almost everything they want. The poor and the middle class very OFTEN find themselves WITHOUT the things they need, let alone the things they want. sad.