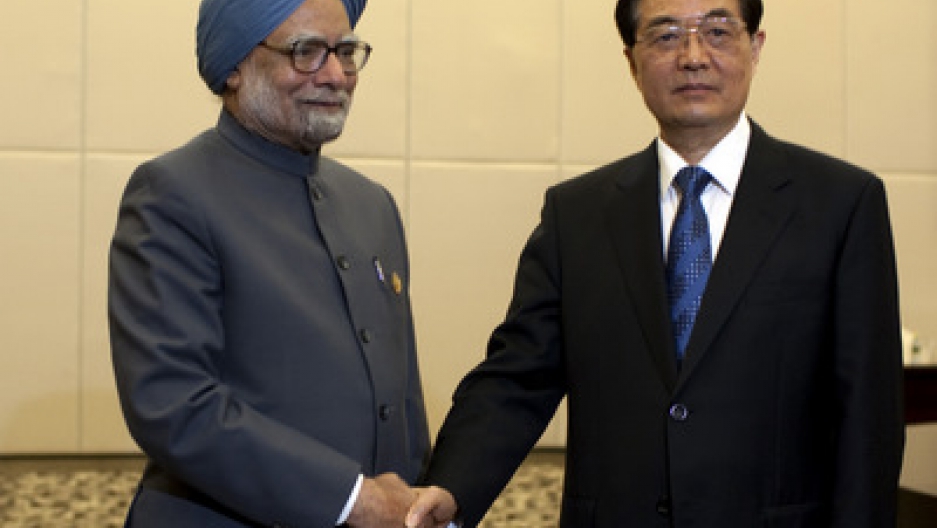 India's move to expand its ties with Vietnam, and its influence in Asia, through an oil exploration project in the South China Sea has raised hackles in Beijing.

According to the Times of India, an op-ed in China's state-run Xinhua news agency warned India to wise up and "refrain" from moves in the South China Sea, where China retains "absolute sovereignty." TOI also quotes a Chinese foreign ministry spokesman as saying, "For countries outside the region, we hope they will respect and support countries in the region to solve this dispute through bilateral channels," with regard to a South China Sea project by India's ONGC.

A companion article in the Economic Times cited Chinese experts as saying that India's moves in the South China Sea are meant to counter China's moves in the Indian Ocean:

India's efforts to firm up oil exploration cooperation with Vietnam in the South China Sea, which China claims as its own is a provocative move to show its annoyance over Beijing building up close ties with countries like Myanmar and Pakistan, said Shen Dingli, Director of the Centre for American Studies of Institute of International Studies at China's Fudan University.

"In recent years, China has also been building up ties with countries like Myanmar... Pakistan invited China to provide safety protection and offered China a naval port on the Indian Ocean. All these moves made India feel nervous," Shen told state-run Global Times.

The sparring takes on more significance viewed in light of Washington's increasing reliance on India's navy as a counterbalance to China's rising naval power, India's fears of a so-called "string of pearls" encirclement strategy by China, and China's own concerns about a supposed U.S. containment strategy meant to limit Beijing's influence to its immediate neighborhood.

In that context, the South China Sea could emerge as a flashpoint, as its waters are claimed by China, Vietnam, the Philippines, Brunei and Malaysia and contain rich oil reserves, estimated up to 28 billion barrels, according to the Economic Times.