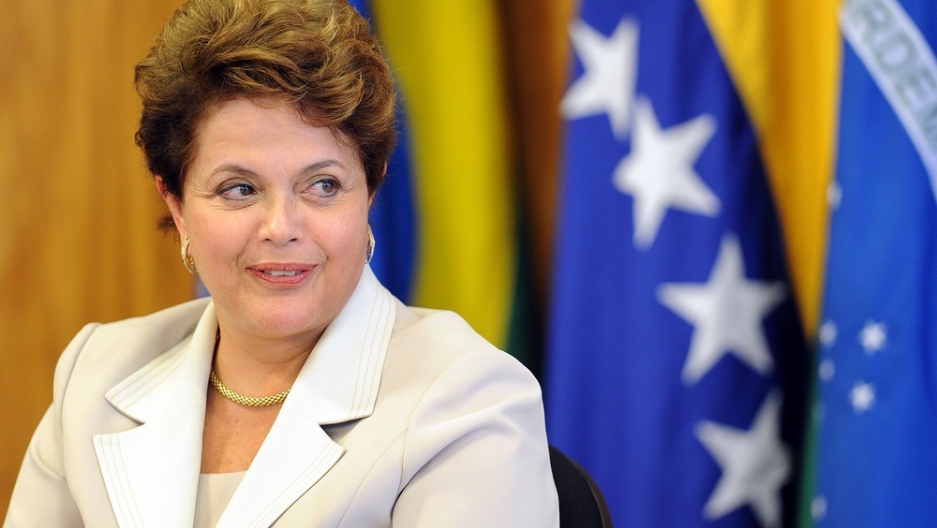 RIO DE JANEIRO, Brazil — She’s one of the most powerful women in the world. But she doesn’t act like it.

From her days as a young guerrilla to becoming Brazil’s first female president, Dilma Rousseff is bringing a new brand of leadership to Latin America.

Heads of state in this region have tended to be strong personalities who rode into office on their populist and revolutionary credentials. Her own predecessor, Luiz Inacio Lula da Silva was once deemed “the most popular politician on earth.”

Bolivia’s president, Evo Morales, is the first indigenous leader for the country, a former llama-herder turned socialist reformer who criticizes the west, but can still crack jokes on Jon Stewart’s Daily Show.

And who can forget Venezuela’s president Hugo Chavez? He dances on his own television show and once sang live about his tepid feelings for U.S. Secretary of State Hillary Clinton.

Rousseff is as composed as her colleagues are charismatic, trading pragmatism for a populist agenda.
She dresses primly in pressed suits and understated jewelry. Rousseff is unfailingly courteous in public statements, eschewing the snark favored by her predecessor, da Silva.

Observers say that might be just what Brazil, the region’s most powerful nation, needs right now.

More from Brazil: Grappling with a violent past

A strong voice in the ‘Bric’ nations, Brazil has become a major player in international affairs. It negotiated a nuclear fuel swap between Turkey and Iran, in an attempt to stave off U.N. sanctions against Tehran, and abstained from voting for international intervention in Libya. Brazil is also vying for a permanent seat on the U.N. Security Council.

It’s also gaining prominence through its successful bid to host the Olympics in 2016 — a first for a developing nation — and the World Cup in 2014.

Brazilians seem to like her. A recent CNI/Ibope survey showed 65 percent of Brazilians trust her — about on par with her predecessors in the presidential term.

“People in Brazil look at Dilma, including her style — which is not as festive or charismatic as Lula — and they like what they see,” said Paulo Sotero, director of the Brazilian Insititute at the Washington-based Woodrow Wilson International Center for Scholars. “This is a very serious, collected person.”

Rousseff, 63, grew up in a comfortable middle class home, the daughter of a Bulgarian immigrant father who gave her piano and French lessons. She became involved in student politics in high school and by age 20 joined a banned Marxist guerrilla group.

The military dictatorship at the time called her the “Joan of Arc of subversion,” but Rousseff said she was only an organizer. She was jailed at age 22 and then tortured for 22 days straight. She spent the next three years in prison.

But Rousseff spends little time publicly dwelling on her revolutionary past. She breezed to victory last year because voters saw her as an extension of da Silva, for whom she served as chief of staff.

In her eight months in office, Rousseff has instead become her own woman. In a surprise to some observers, she has turned away from her radical leftist roots, staking out a more politically centrist path. “Dilma is not Chavez,” said Rosângela Bittar, a political columnist in Brazil.

For example, her first legislative victory was to restrict a rise in the minimum wage to control inflation and public spending. The move angered union leaders, who protested with caricatured dolls of the president reading “Dil-má,” a play on her name and the Portuguese word for “bad woman.”

She also has promised to fight poverty, expanding a da Silva plan that transfers cash to mothers if they send their children to school and provide them medical care. The program has been hailed by economists as an efficient strategy to combat poverty, and has been studied by developing nations in Africa.

Rousseff has also taken a swift axe to corruption. Already she has lost three ministers, including her chief of staff, after corruption allegations emerged against them. The latest round of corruption charges in the Cities Ministry means she might soon lose more cabinet members.

Critics see it as proof that her party is still stacked with career politicians who are happy to sell their influence.

But it’s a welcome change for many Brazilians in a country used to cronyism. The media calls it “faixina” — housecleaning.

That has strained her relationship with the ruling coalition and da Silva colleagues.

The opposition has also accused her of backpeddling on her promise to prioritize human rights in international affairs.

Brazil abstained from a U.N. Security Council vote on whether to authorize military force against Libyan leader Muammar Gaddafi. And it’s been reluctant to support a draft resolution condemning the bloody government crackdown on Syrian protesters.

Rousseff has taken a middle road on accounting for the unresolved crimes from Brazil’s 1964-85 military dictatorship, during which she was tortured for 22 days straight.

Members of the military who supported the regime are shielded by an amnesty law that protects them from prosecution.

Rather than attempt to appeal the law, her human-rights minister has instead advocated for a long-debated truth commission, which would name the torturers, but allow them to retain amnesty.

As Rousseff said during her inauguration speech: “I don’t have any regrets, nor any resentment or rancor.”