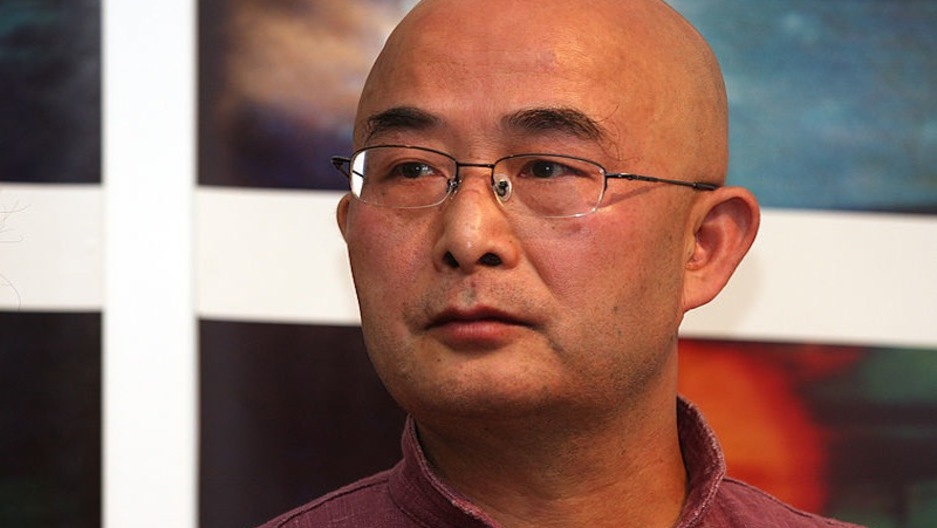 Liao Yiwu writes about Chinese people at the lower rungs of society -- people who have not benefited from China’s rapid development.

He spent four years in prison for his writings and has been forbidden by the state from going overseas to literary conferences or on book tours. The government has denied him permission to leave China 16 times. His books are banned in China, but Chinese readers are still able to get their hands on his material through the internet or clandestine printing operations.

This summer, Liao crossed into Vietnam and eventually made his way to Germany. This month, he’ll tour the U.S. as his latest book, “God Is Red,” is released in English. His books include “The Corpse Walker: Real Life Stories: China From The Bottom Up” and “God Is Red: The Secret Story Of How Christianity Survived And Flourished In Communist China.”

Though Yiwu is known for his criticism of the government, "he doesn’t criticize explicitly," Perry Link, professor emeritus, Princeton University, told Here and Now. "He does it by writing simple stories about people that have been mistreated and abused, and lets the reader infer how awful this is."

Some have compared Liao to Studs Terkel in the United States.

The Chinese government likes it when troublemakers to go abroad because they can bar them from coming back, according to Link. Dissidents, on the other hand, have a harder time.

"Any kind of Chinese writer or dissident who leaves china does so with a heavy burden of a dilemma," Link says. On one hand, Liao says he is enjoying his new freedom to say what he wants. On the other, Link says, "One loses one's turf. He is cut off from the place that he loves." That includes both his family and his readers.