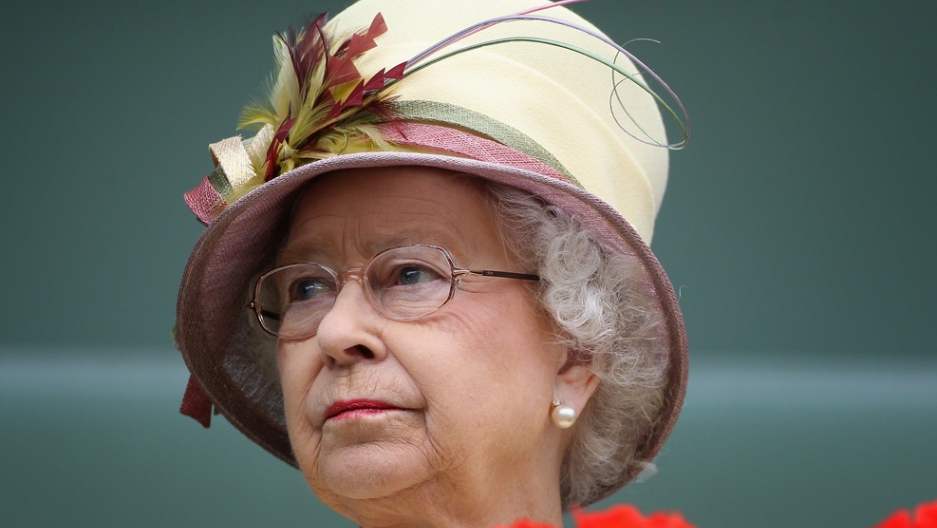 TORONTO, Canada — Does Canada's prime minister have a monarchy fetish?

In just a few weeks, Stephen Harper has rolled the clock back several decades.

That’s in addition to a recent guide instructing new citizens on the importance of the monarchy, and the history of the Canadian armed forces. And the government is planning a series of celebrations next year to mark the British success against the Americans in the War of 1812.

It’s true that Canada is a constitutional monarchy. Queen Elizabeth II is still the nation’s head of state.

But polls consistently show most Canadians are, at best, indifferent to royalty and generally clueless about how it all works. And many French-speaking Quebecers, who tend to have a longer view and see the British Crown as a historic symbol of oppression, are deeply insulted.

So why remind a vibrant, multicultural and modern nation of its long-ago colonial past? Has Harper, the great white shark of Canadian politics, set aside his famously astute political instincts and succumbed to the symbolism of a Canada that no longer exists?

In short, what's the political upside of dusting off portraits of Elizabeth II?

The Will & Kate factor
If Canada is still a colony, it’s an American one, not British. But one of the few counter-balances to the overwhelming dominance of U.S. popular culture is the periodic coast-to-coast royal tour. So when the Duke and Duchess of Cambridge made Canada their first official tour in July, the Harper government pulled out all the stops. Their nine-day trip by plane, boat, helicopter and seaplane was a made-for-TV extravaganza and included everything from the lavish Canada Day celebrations in Ottawa to the din and dust of the Calgary Stampede — a popular rodeo in Alberta.

Upside: The PM and government ministers rarely missed an opportunity to bask in the glow of a couple widely credited with restoring photo-op luster to a badly tarnished royal legacy. What better argument that monarchy still has mass appeal?
Downside: There isn’t one.

Long live Elizabeth
Despite decades of mounting debt, divorces and the death of Diana, there’s no doubt Elizabeth II remains popular, if only by contrast to the antics of the rest of her family. Although most Canadians rarely bother to notice, she’s also still on the country’s currency.

Upside: If you thought the Will & Kate Show was over the top, wait ‘til the blowout bash for the Queen’s 60th anniversary next year, a promise Harper’s Conservatives pointedly included in their election platform.
Downside: Like her mother, Elizabeth may live to be 100. Or she may not. Would Canadians feel the same way about the monarchy with her hapless son Charles on the throne?

De-Trudeau-dification
Except for a brief interlude, Pierre Trudeau was prime minister from 1968 to 1984. He and his Liberal party fundamentally altered the shape of the nation, embracing multiculturalism, modernizing the criminal code and introducing a Charter of Rights and Freedoms. Most significantly, in 1981 he “repatriated’ the Canadian Constitution, which until then needed British approval to be amended.

Upside: Although he’s been dead since 2000, it’s arguable that Harper regards Trudeau more as his political nemesis than any living opponent and would dearly like to challenge, if not undo, a large part of his legacy.
Downside: Trudeau is an iconic figure to many Canadians, who revere him almost as a founding father. Unraveling his considerable and historic achievements risks a serious backlash.

Neo-nationalism
No one would ever accuse Stephen Harper of being a nationalist, a designation generally associated with the Canadian tendency for smug, knee-jerk anti-Americanism. Yet, his monarchy initiative is the first genuine attempt by a Canadian leader in decades to craft a national identity.

Upside: The emergence of a new, robust patriotism based on traditional Anglo values of God, Queen and country, even among relatively new Canadians who the Conservatives seriously courted in the last election, with some success.
Downside: No real evidence large numbers of Canadians will buy it. Coming out in droves to gawk at Will and Kate is one thing, but are they really that keen to re-enact the War of 1812?

Marginalizing the socialists
The federal election last May fundamentally rearranged the Canadian political landscape. Harper finally won a majority of seats in Parliament, the once powerful Liberals were reduced to third place, and the left-of-center New Democratic party (NDP) became the official opposition, mostly because the party swept the province of Quebec.

Upside: By forcing the NDP to defend Quebec’s interests, Harper hopes to limit their ability to grow in the rest of the country.
Downside: Isolating Quebec is a risky strategy for a province that has regularly threatened to separate.

The Darth Vader effect
Critics have long derided Harper as a control freak, chipping away at institutions that challenge the power of the federal government. “In Harper's world, sovereignty — the ownership of the country — does not belong to the people, it belongs to the state,” said historian and author Mark Bourrie. “That kind of world is a hierarchy, in which the person with real power sits directly below the Queen.”

Upside: With the tragic death of cancer last month of charismatic NDP leader Jack Layton, Harper is virtually unchallenged on the national stage.
Downside: He may have his majority in Parliament, but only because the electorate split three ways. Most Canadians voted against him and many fear he has a secret right-wing agenda that includes bringing back the death penalty and outlawing abortion. Yanking the country back to its colonial roots does little to lessen those fears.

Playing to the base
Few Canadians identify themselves as monarchists but there are pockets of support for the idea, particularly in the Atlantic provinces, non-urban parts of Ontario and, not surprisingly, British Columbia. All of them vote Conservative.

Upside: Reinforcing authority and tradition speaks to a growing sense that the country has lost a sense of shared values. “The impact of mass media and the size of American cultural influence means that a truly Canadian identity is in danger of disappearing,” said Victoria resident Michael Erwin in a letter to the Victoria Times-Colonist. “So call me Canadian, and give me our vinegar cruets, toques and lumberjack shirts, that lovable buck-toothed rodent, and the Queen’s portrait in our public buildings.” (Translation: “cruets” are Victorian oil-and-vinegar decanters, “toques” are woolly hats and the “buck-toothed rodent” is of course the national symbol: the industrious beaver.)
Downside: Harper may have inadvertently helped rally his opposition. As historian Jack Granatstien has pointed out “Nobody was pushing for this.” And people who disagree, like Granatstein, are speaking publicly, possibly creating a constituency around an issue that, until now, didn’t exist.

FROM CANADA: The end of hockey as we know it?