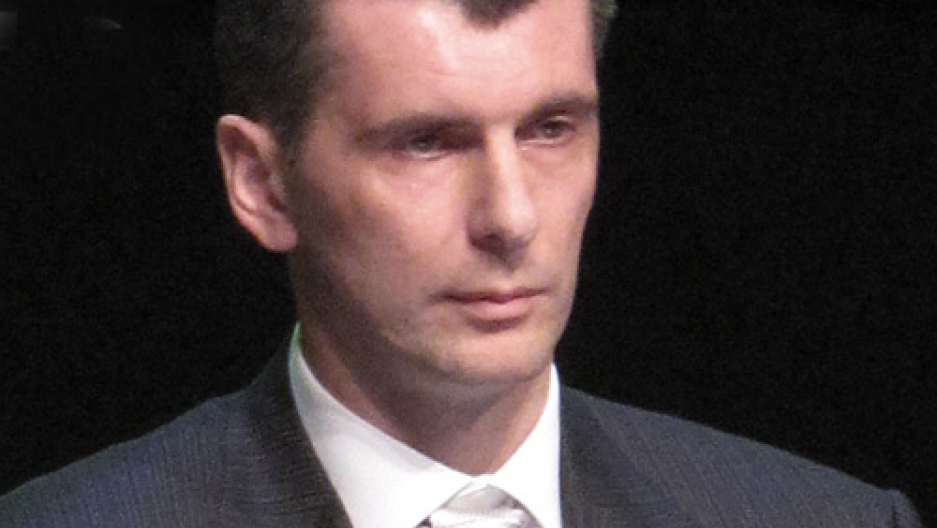 Share
One of Russia's richest men is lashing out at the Kremlin and abandoning his bid to shore up support for a government-backed political party and enter parliament. As Jessica Golloher reports from Moscow, many people are wondering why tycoon Mikhail Prokhorov has suddenly changed his tune about Russia's Right Cause party. Mikhail Prokhorov is considered one of Russia's most eligible bachelors. The fact that he's reportedly the third wealthiest man in Russia, with an estimated fortune of 18 billion dollars doesn't hurt. Nor does his ownership of the New Jersey Nets. In June, the Renaissance man took the bold step of becoming the head of the fledgling "Right Cause" political party. Earlier this year, speaking on state TV, Prohkorov said he thought it was his duty to get involved. "You know, when you achieve personal success and when you know this country well, any normal person in my position would have a desire to do something for other people. There's a mechanism for that, and it's called politics. And so, I have made a decision to become a professional politician to help the citizens of this country to live better," said Prokhorov. And in order to live better, at least here in Russia, many analysts know that it helps to have ties with the Kremlin. Prokhorov had those, which he acknowledged. "You know, you need to have some kind of connections to do business in any country. Everything depends on the measure of these connections: to a greater or minor degree. Big business always has more ties and connections," said Prokhorov. It would appear those ties have been severed. Earlier this week, Prokhorov accused his Right Cause comrades of registering 21 new party members ahead of a vote to oust him from the party's leadership. Speaking Thursday, Prokhorov accused the Kremlin of trying to take control of the Right Cause Party. He said at a news conference, "What can I say? Politics is new to me. It looks very much like the raids and takeovers of the 1990s, while the fight to set up private companies was going on," said Prokhorov. Prokhorov then announced that he will create his own political movement that wasn't what he called a puppet of the Kremlin. Prokhorov says he's not afraid of repeating the fate of tycoon Mikhail Khodorkovsky — who supporters say was arrested in 2003 for daring to challenge the Kremlin. But many analysts suggest that today's tempest was little more than a puppet show itself — an orchestrated way for the Kremlin to put a little spice into an otherwise boring political season. Both the President and Prime Minister come from the United Russia Party, which is expected to sweep both parliamentary elections and upcoming presidential elections. Muscovite Alina, who didn't want to use her last name, isn't surprised by the turn of events. She rolls her eyes and says Prokhorov is the perfect patsy for the Kremlin. "We always say it's the Kremlin project, this type of political maneuver. It's the game of politics. Prokhorov has had these connections to all sorts of people, models, he's been involved in scandals, and he's a playboy. So he already acts like a politician," said Alina. American Ph.D. student Catherine Holt agrees. "I had coffee today with two Russian women who were saying how they feel like he's just another wing of Putin essentially. They see no hope in taking part in the voting process. It's starting to feel calculated," said Holt. Calculated or not, Prokhorov maintains he will eventually represent the average Russian, but stopped short of calling himself the opposition.