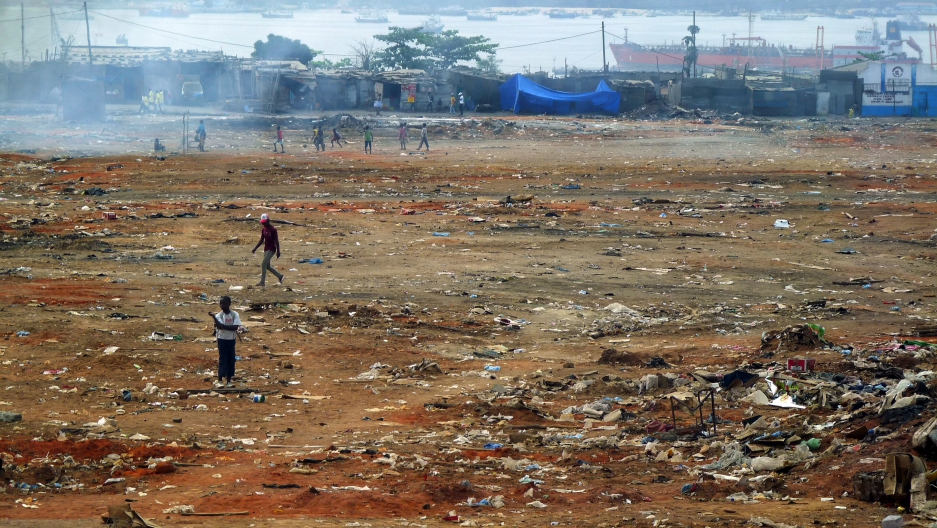 The not-so-pretty face of Angola — this shantytown in Luanda was destroyed on Sept. 5 and transferred some 15 miles away as part of a vast urban plan, leaving its one million residents scrambling for survival.
Credit: Cecile De Comarmond
Share

Cynical? No cynicism here, especially after reading a little further into the story.

While the International Business Times seemed most impressed by the fact that Lopes, 25, is the "second black African woman and the fourth black woman in the world to win the Miss Universe title," Forbes took a long view, writing:

Newly crowned Miss Universe Leila Lopes hopes her victory will allow her to assist her native Angola further escape its history of war and impoverishment and said she plans to focus on combating HIV around the globe.

The "timidly" spoken beauty listed among her attributes a love of children and the elderly, and put her astounding looks down to plenty of sleep, sunblock (even when it's not sunny) and plenty of water. Her killer weapon: her smile.

Meantime, she had a message for the racists of the world: "Any racist needs to seek help. It's not normal in the 21st century to think in that way."

The venerable Washington Post, meantime, saw fit to at least run a one-sentence story on the young Angolan who beat out 88 competitors in the world's premier beauty pageant — that's 12 words, not counting the "Sao Paulo" at the start. (That said, the story was originally produced by another news organization, the AP.)

The Independent online treats readers to a Miss Universe photo gallery. Euronews finds newsworthiness in the fact that Lopes had earlier "sported a brightly coloured bikini, before parading in a clinging gold gown with silver sequins and feathers."

In other Angola news this week, a Luanda court sentenced 17 people to prison sentences of up to three months for their involvement in an anti-government rally on Sept. 3 that resulted in violent clashes in the capital, Reuters reported.

The rally was calling for the resignation of President Jose Eduardo dos Santos, who has held power in oil-rich Angola for over 32 years. One of the defense lawyers said the judge, who declined to convert the jail sentences into fines, had acted "under much political pressure," the Portuguese news agency Lusa reports. Angola is a former Portuguese colony.

Back to the beauty pageant.

AngolaPress quoted Lopes as saying that she will continue to "work with humility and keep my feet on the ground." (Though to be fair, they were citing AFP.)

When asked if she could change one of her physical characteristics, and if so which one and why, Lopes reportedly answered:

"I wouldn’t change a thing. I am endowed with inner beauty. I have my principles. I have acquired many wonderful principles from my family. Respect one another."

Needless to say, Lopes is the first Angolan to be crowned "Miss Universe," an achievement by any standard.

Lopes was among the final five vying at the Miss Universe 2011 contest, after making it through to the swimsuit and evening gown rounds.

The runners up, in order, were: