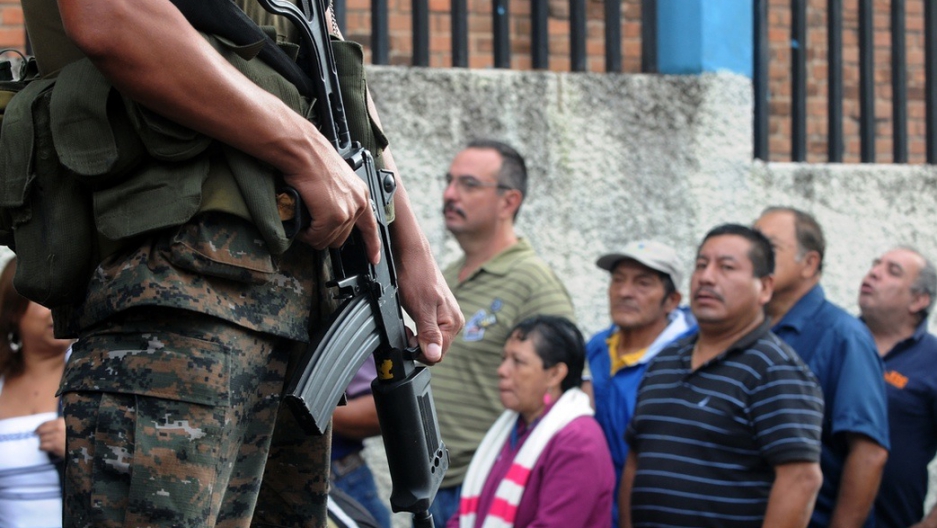 Presidential elections were held Sunday in Guatemala after a campaign in which candidates vowed to protect their citizens from the high rate of gang and drug violence.

Otto Perez Molina, a retired army general, leads in the polls with 37 percent. To win outright, he would have had to win a majority of the votes.
The runoff will be held Nov. 6. He’ll face Manuel Baldizon, who won 23 percent of the vote. (There is no incumbent — Guatemalan law allows presidents to serve a single, four-year term.)

The Central American nation shares a long border with Mexico, and has become a major drug-trafficking corridor amid the rise of Mexican cartels. Officials have said that the Zetas, one of the most powerful Mexican cartels, has moved into Guatemala, bringing with it brutal violence from next door.

Molina, who appealed to the young people and indigenous population, had hoped to win outright.

That means two more months of limbo for Guatemalans, who are already fed up with rampant insecurity and a growing presence of drug-traffickers in their country.

GlobalPost takes a look at the leading candidate, who campaigns on the slogan “iron fist.” He doesn’t mean for it to sound scary. Watch below: