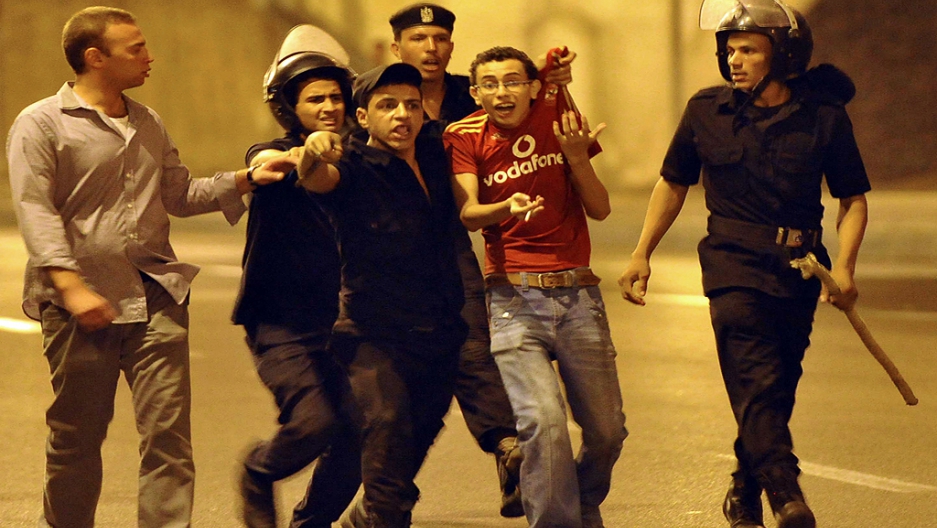 Since taking the reins of power in the “new Egypt” more than 7 months ago, the nation’s military-led interim government has been accused of torture, intimidating journalists, trying civilians in military courts, and of being slow to enact democratic reforms following the February ouster of Hosni Mubarak.

Now, Egyptian activists have a new fear: a seemingly never-ending state of emergency under a Mubarak-era law that critics believe curbs human rights.

Egypt’s ruling military council ordered heightened security and pledged to expand the nation’s draconian emergency law on Saturday, following a violent weekend of clashes between police and protesters in the streets near Israel’s embassy in Cairo.

Some areas of the building that houses Israel’s embassy were breached after thousands of Egyptian demonstrators demolished a 9-foot tall concrete barrier outside the mission on Friday.

Most of Israel’s diplomatic staff was evacuated from Egypt the following day, leading many to question the future of the 1979 peace treaty between the two nations.

Egypt’s military rulers, however, reaffirmed their commitment to peace with Israel.  But they also threatened to revive Egypt's despised emergency law, which was relaxed following Mubarak’s departure, in a bid to help prevent future clashes.

And the new security crackdown may have already begun.

Egypt's government announced earlier this week that it would reintroduce special security courts that were used while Mubarak was in office, reports Reuters.  So far, 130 people have already been arrested since Friday’s clashes, according to the Guardian.  And Daily News Egypt reports that Egypt’s interior ministry is now warning that security forces could begin using live ammunition to protect certain buildings if the police believe their lives are in danger.

The original purpose of the law was to combat extremism, but critics argue that the state of emergency took away virtually all human rights at the discretion of Egypt’s security services.

Getting rid of the emergency law was a key demand of protesters in Tahrir Square earlier this year.

“The emergency law gives state security the impunity to control elections, conduct arbitrary detention and military tribunals, and even torture,” Gamal Eid, executive director of the Arabic Network for Human Rights Information, told GlobalPost months before Egypt’s uprising. “The government can do anything they want in the name of public peace.”

Activists, human rights groups, and legal experts in Egypt have already questioned the legality of the current return to the state of emergency.

At least one protest challenging the law has been called for later this month in Cairo’s Tahrir Square.