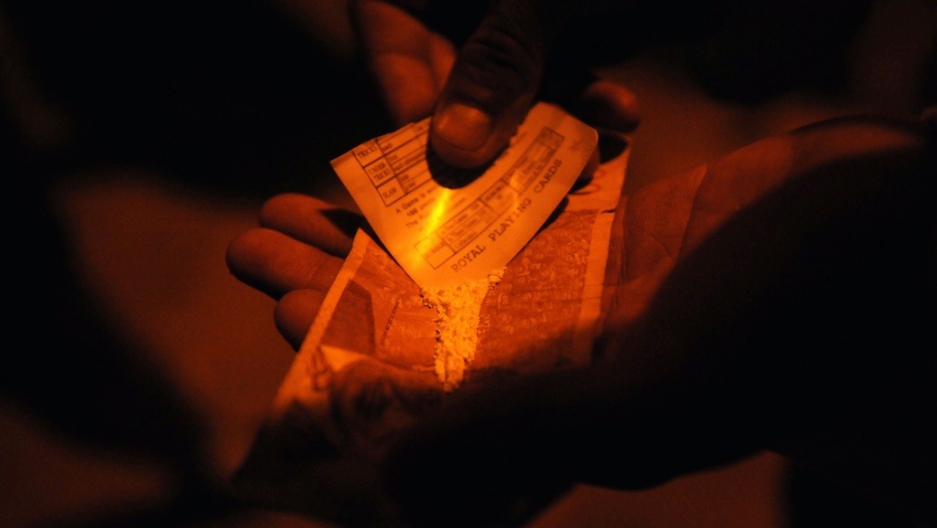 BOGOTA, Colombia — To make cocaine you need more than just coca leaves, the raw material for the narcotic. You also need a long list of chemicals, like sulfuric acid, caustic soda and acetone.

“The number-one [production] cost is not the coca leaf, not the workers, not the building of the laboratory. It’s actually the chemicals,” said Jay Bergman, chief of the U.S. Drug Enforcement Agency's Andean division.

The campaign against so-called “precursor chemicals” is one of the least known — yet most important — elements of the war on drugs. And like efforts to eradicate coca leaves, arrest smugglers and curb the flow of cocaine itself, stopping the illegal use of these chemicals is a frustrating and seemingly endless task.

For example, a U.S. crackdown on the domestic sale of ephedrine and pseudoephedrine, the two main chemicals used to make methamphetamine, led to the shutdown of many small-scale meth labs in the United States. But they’ve been replaced by massive “super-labs” in Mexico where the precursor chemicals are widely available.

In Colombia, the source of most of the world’s cocaine supply, traffickers must divert tons of acids, solvents and bases to jungle laboratories where the narcotic is made.

Bergman, who is based in Bogota, the Colombian capital, says that the efforts of U.S. and Colombian authorities to stop the flow have had an impact.

“A cocaine lab will shut down for a period of time because of lack of access to the chemicals,” Bergman said.

Still, keeping the chemicals out of the hands of the drug cartels is extremely difficult, since the chemicals aren’t just used to make cocaine. Potassium permanganate, for example, purifies cocaine. It also treats wastewater and keeps bananas from ripening too fast. Acetone is a key ingredient in both cocaine and house paint.

And they aren’t the only chemicals you can use to make cocaine, said Major Carlos Oviedo of Colombia’s anti-narcotics police. Motor oil, gasoline, kerosene, lime, cement and baking soda can also be used.

FROM MEXICO: Why Mexican crystal meth is America's problem

So, the Colombian government has put tight controls on the sales of these basic household goods in the south of the country, where cocaine labs proliferate.
The regulations are among the world’s most strict. Gas stations are banned from selling more than 55 gallons per day to a single customer. The personal limit on baking soda in these areas is 5 kilograms, or about 11 pounds, per month.

Traffickers find ways to skirt the rules. They can bribe store employees or chemical company workers or simply steal the goods, police say. In one case, four guards were killed in 2006 during the theft of a ton of ephedrine from a pharmaceutical plant in Mexico City. That’s enough to make 4 million hits of methamphetamine.

In some cases, cartels have set up front companies in Colombia that import tons of precursor chemicals, but produce nothing. “We have tried to inspect many non-existent companies,” said Oviedo, the anti-narcotics police officer. “Sometimes we arrive at the street address and there’s no company, just a house.”

In other cases, legitimate companies might order more chemicals than they need, and then sell the excess to drug cartels.

To catch them, Colombia has established a special police unit to monitor chemical use at hundreds of industrial firms. Dressed in white coveralls and armed with laptops, the unit’s members serve as forensic accountants.

During a recent operation, they visited a Bogota cosmetic company that uses 24 tons of precursor chemicals per month. As workers plucked bottles of nail-polish remover from a conveyer belt, officer Luis Saavedra checked the plant’s tanks. They were full of butyl and ethyl acetate, powerful solvents used in nail-polish remover that can also be used in cocaine.

Saavedra and his fellow officers spent two hours poring over the company’s chemical import and consumption records. They found nothing suspicious. But these inspections, as well as a string of recent arrests, appear to have forced a shift in the illegal drug business.

Colombian traffickers are relocating some of their cocaine labs to Central America where there are fewer chemical controls, according to Gen. Cesar Pinzon, who was chief of the anti-narcotics police until last week when Colombia's newly appointed defense minister replaced most top military and police commanders.

Traffickers, he said, are now shipping cocaine paste or base — a rough form of cocaine — to newly established labs in Central America, where it is then refined into potent powder cocaine.

During a raid near the Guatemalan border in March, for example, Honduran police agents discovered a massive lab, capable of producing 8 tons of cocaine.
Agents found microwave ovens, air compressors and sleeping quarters for 12, as well as barrels of acetic acid, acetone and calcium chloride.

It was the first major cocaine lab ever discovered in Honduras.