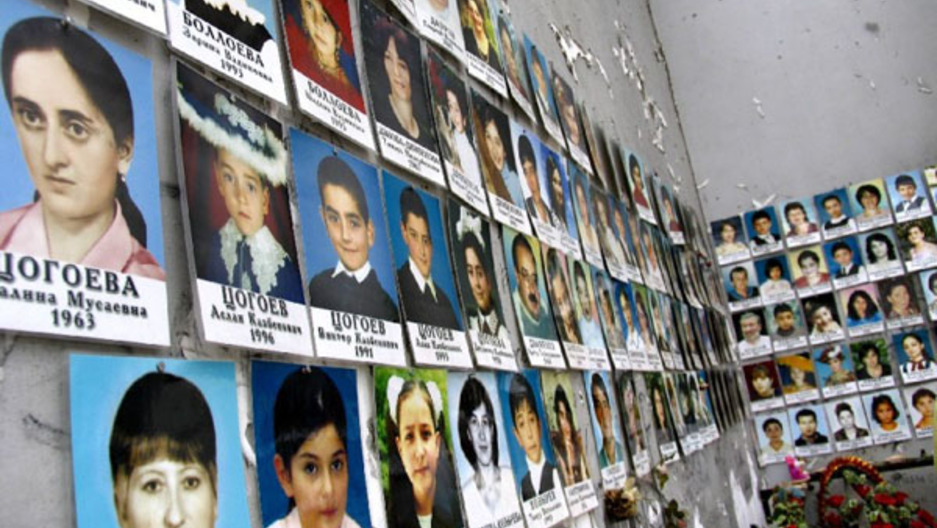 Share
by Jessica Golloher Russia has long been battling an Islamist insurgency in the country's Northern Caucasus region, which includes Chechnya, Ingushetia and Dagestan. The Kremlin has fought two separatist wars in Chechnya. There are near-daily attacks on police and government officials there. And not infrequently, the violence spills over into Russian cities. "Our teachers tell us that we have to be careful, of course. And our teachers tell us that we have to see the face and try to be so careful," said student Anastasia Zavyalova. Zavyalova sits on a bench near a playground in central Moscow. Her pretty blue eyes become as huge as saucers when she describes the type of person she's learned to steer clear of at all costs. "Avoid the people of Caucasus. They have black dresses; we can notice it in their eyes. We were very afraid, these people were very bad; they wanted to kill Russian girls and Russian children," said Zavyalova. Many analysts and the government opposition blame the situation in the Caucasus — and the resulting violence in Russian cities — on the Kremlin's oppressive approach to its former republics. The government maintains that a hard hand is needed to keep rebels and insurgents from their main goal of killing innocent people. Back on the playground bench Zavyalova says she often asks her teachers why Russians should avoid people from the northern Caucasus. She says their response is very well, Soviet — in other words, no explanation is given. "No history. Really no history. Because we have situation. This is our problem and our teachers say we have to avoid them. They are bad. Not why," said Zavyalova. "How we find truth?," asked 17-year old Maxim Titov. "I read historical books sometimes or in Internet. I do my own opinions about this." Titov says you can't really rely on Russian teachers to explain why these horrible acts of terrorism keep happening here in the former Soviet Union. There's no historical context at all. Titov might not be too far off. Many analysts say educators are still using the same teaching methods as during Soviet times when the Kremlin dictated how history was to be interpreted. Fifteen-year-old John Rose, whose father is American, couldn't agree more. He says when the country's largest airport, Domodedova, located just outside of Moscow, was the target of a suicide bombing in January, he was told to suit up and get ready to fight. "They took us to this subbasement at school. It was probably a bunker at some point. They had us assembling and disassembling Kalashnikov rifles. So apparently Russian junior high school students are the last line of defense against a terrorist threat," said Rose. That's right, a "teachable moment" tossed aside and in its place students learned how to fight back. Russian President Dmitry Medvedev has made it no secret that Russian education is the pits. Since the collapse of the Soviet Union, teaching standards have fallen due to corruption, a lack of funding, outdated textbooks and an often-uneducated workforce. Until changes are made, many of the country's children are left to learn the way their Soviet-era parents did; just do what you're told and don't ask too many questions. Student John Rose says at least he has a good sense of humor about it. When he told his mother about his shooting adventures, his mom said it could have been worse. She explained what she'd been taught as a young girl. "In the event of an atomic explosion, the first thing you should do is hold rifle away from you so that it doesn't melt on your government issued boots. If you're not going to live, at least make sure your boots do," said Rose.