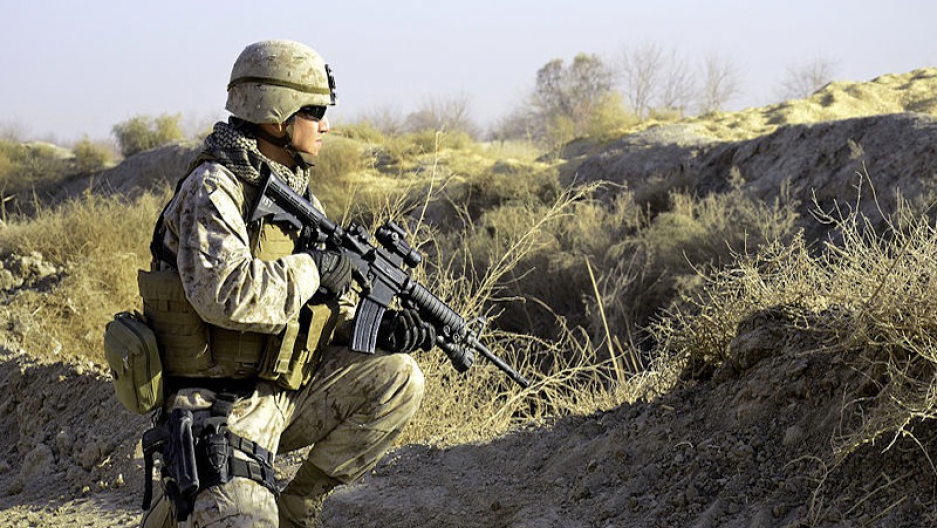 The wars in Iraq and Afghanistan have already cost the United States about $2.5 trillion, according to Catherine Lutz of Brown University's Watson Institute for International Studies. And the costs keep coming. Ultimately, Lutz and her team of researchers say the price tag will reach some $4 trillion.

That's about four times what President Obama has estimated. The reason why the two estimates are so different, according to Lutz, is that "he's just citing the figure for the special off-budget war appropriations for the last 10 years."

Lutz says that he fails to consider other kinds of money: "Additions to the Pentagon's base budget, additions to other federal entities like the state department and homeland security. "He doesn't include interest on the war debt that we've incurred already, and he doesn't include veterans medical and disability payments."

The money spent on wars has created some jobs, and Lutz estimates that "approximately 8.3 jobs are created for every 1 million in military spending." But even that has costs. "It creates far fewer jobs than the same amount of federal spending on other sectors like education, construction, home weatherization and health care," according to Lutz, "that's because these sectors are more labor intensive than the military more jobs for the same dollars."

If the money spent on the wars had been spent in other ways, Lutz and her team say that there would be far more jobs in the economy today. Some "800,000 permanent jobs would have been created over the last decade if the military spending had remained at the same levels and that additional funding had been allocated to other sectors."

Another problem comes in the way the war was funded. "These wars have been very unusual in the extent to which they've been funded borrowing as opposed to by increased revenues, or the issuing of war bonds, as in previous American wars," Lutz says. And that can be very expensive.

By taking into consideration more aspects of the cost of the wars, including aspects like jobs and lives lost, Lutz says that she hopes to keep the public more informed. "We really should as a public have a sense of what those numbers are," she told Here and Now. "We should also know what the death toll ahs been and who has paid the price for this war."