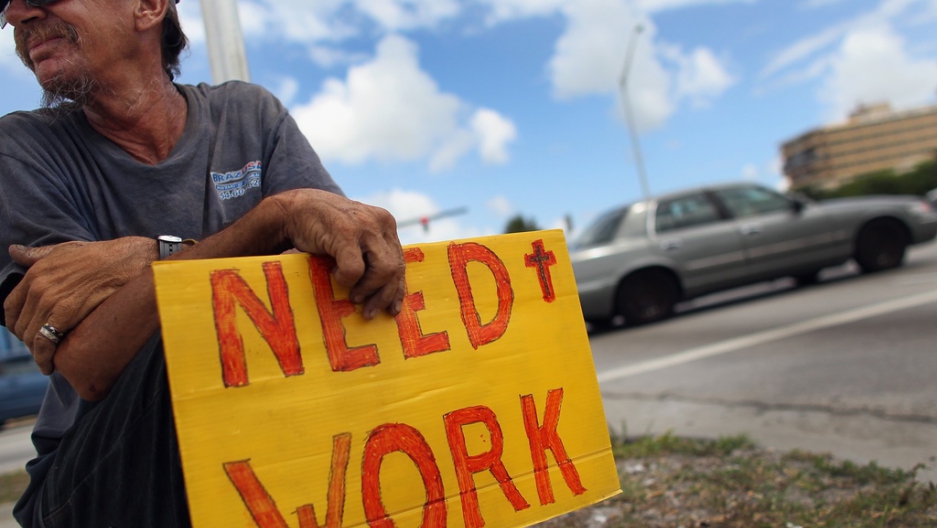 Some Americans are hoping to abandon this...
Credit: Andre Forget
Share

TORONTO, Canada — Usually, you hear stories of people fleeing to America, not the other way around.

But the jittery state of the U.S. economy is driving an increasing number of its citizens to seek better prospects north of the border.

Americans are the latest economic refugees, and they’re heading to Canada.

Canada: Naked in the streets

As he prepares to campaign for re-election, U.S. President Barack Obama is expected to make a speech Thursday night that calls for immediate stimulus spending to create jobs and improve infrastructure.

But those reforms will be difficult to make. Republicans, who control the House of Representatives, have resisted any efforts to boost the economy through additional spending.

As life in the U.S. worsens, prospects in Canada seem all the brighter.

Canadian officials say the number of Americans applying for temporary work visas doubled between 2008 and 2010.

Immigration lawyers in Toronto and the border city of Windsor, right across from job-starved Detroit, say they’re seeing a dramatic growth in clients seeking to come to Canada to work, or even as permanent residents.

So, is this a reversal of fortunes on an historic scale? Has Canada become "el Norte"?

Well, not quite. The number of U.S. citizens working in Canada is, at least by global migration standards, relatively small with some 30,000 at the beginning of last year.

Still, Americans make up the second-largest group of temporary workers in Canada, behind only Filipinos, most of whom work as nannies.

Canada was one of the few to escape the 2008 financial meltdown relatively unscathed, a turn of events largely attributed to Ottawa’s long-standing refusal to deregulate the banking sector.

“I’m looking for a quiet, calm, sane, civilized society to start the next phase of my life,” said Michael, an out-of-work, white-collar professional from Michigan who is seeking a temporary visa to come to Canada.

Like several others interviewed for this article, he did not want his full name used for fear of drawing unwanted scrutiny to his application.

Though he describes himself as both patriotic and a conservative, Michael says he’s lost faith in U.S. leadership — “on both sides of the aisle” — for failing to stem the excesses that led to the collapse of Wall Street, and for the current political brinkmanship over the debt ceiling.

“I’m looking for a country where the first role of the government is to protect its citizens,” he said. “It looks to me like all [of Canada’s] three major political parties seem to have proven that they are much more responsible than our leadership.”

Workers like Michael are drawn to Canada’s lower unemployment rate — 7 percent in July compared to 9.1 in the U.S. — and sustained economic strength in major centers such as Toronto, which alone attracts an estimated 100,000 new arrivals a year.

These include not only people with temporary work visas, or those seeking permanent residency, but also increasing numbers of university students, drawn by highly-ranked Canadian schools where tuition, even at 3 or 4 times the rates for Canadians, is still a fraction of what it costs to attend many colleges in the U.S.

John Cameron’s mother lost her senior position at a bank branch in Maine in 2009 at the same time he was trying to finalize his choices for his freshman year in college.

He had his eye on American universities such as Loyola, University of Maryland, Columbia and Fordham.

His father, thinking about the finances, suggested the University of Toronto. Cameron was reluctant, but now he’s a Canadian convert.

”I really love it,” he said. “[It’s] hands-down one of the best schools in North America.”

Toronto has also become home to a couple in their mid-30s from New York City who both lost their full-time jobs in Manhattan in the wake of the 2008 crash. They now live in Canada on temporary visas.

“It’s important for us to live in a place with a lot of diversity and a good cultural sector,” said the woman, who asked that their names be withheld to avoid compromising their residency status in Canada. She says she was surprised at how quickly and efficiently they were able to qualify for Ontario health care.

Some Canadians who had considered America their adopted home are going back.

Al Brickman recently gave up on the United States after 30 years of running a Canadian-owned construction-supply business in Atlanta, Ga.

“I really did hold out for about two years,” he said, but business had bottomed-out in the economy. Brickman said that his billings, once around $100,000, had dropped on some months by as much as 95 percent.

Brickman moved home to Toronto to work at his company there, where he has a steady job as a general manager. His American wife and their 11-week-old baby, are now trying to emigrate to join him.

Since he got back, Brickman said he’s been fielding calls from American friends hoping he can get them a job up north, too.

Shawn Shepard, a legal software supervisor who was among hundreds laid off by his Manhattan law firm in 2008, is hoping a Canadian employer will sponsor him.

Shepard, who lives in Jersey City, N.J., is a regular visitor to Canada, with friends in Montreal and Toronto. With 20 years of experience, and, he admitted, “the arrogance of being a U.S. citizen,” he figured it would be a snap.

“The economy up there is doing very well, despite the global slump,” Shepard wistfully told this reporter, a gainfully employed Canadian. “Your politicians didn’t put you in the same mess that ours did.”