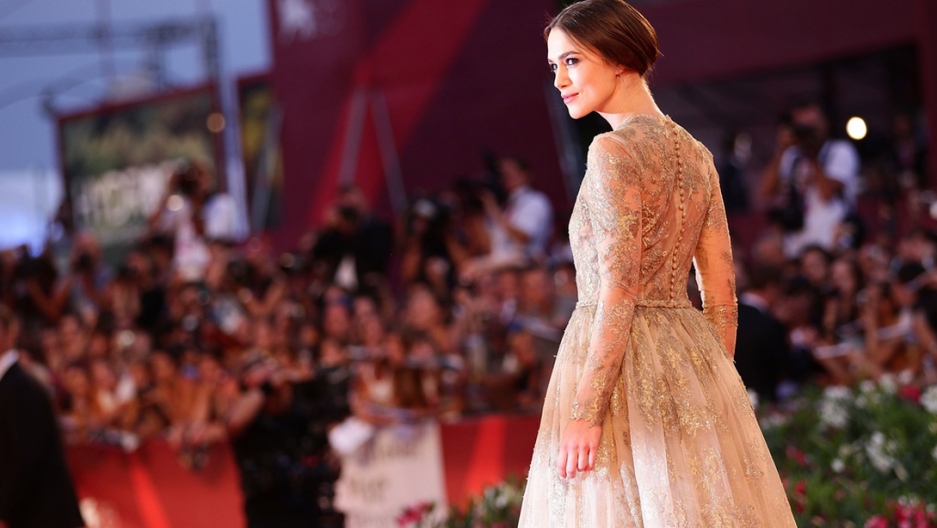 TORONTO, Canada — Cannes has the Palme d’Or, Venice the Golden Lion, and Berlin the Golden Bear.

But what the Toronto International Film Festival’s top prize lacks in cinematic voltage it more than makes up for in influence.

Toronto festival audiences have a proven ability to crown winners — often obscure or smaller-budget efforts — that go on to win Oscars and worldwide box-office success.

This film-fluency helps attract industry players big and small, scores of A-list stars and a flood of international media. And it’s made Toronto the biggest test audience on the planet.

“It’s the ultimate word-of-mouth,” says Helga Stephenson, a former director of the festival. While the audience is watching the films, she says, the industry is watching them.

“All the distributors are here,” says Stephenson. “They sit at the back of the theater and they’re listening.”

What do they want to hear? That combination of murmurs, applause and satisfied chatter that they hope will translate into the industry’s most-sought-after commodity: buzz.

In the case of a movie like "The King’s Speech," the distributors knew they had a film with potential, says Stephenson. After the well-received screening in Toronto, however, “They knew they had something on fire.” It gave the film’s distributors the confidence to spend on marketing.

But make no mistake: this isn’t an art-house festival.

While a huge portion of its 300-plus films are small and foreign-made — this year, these include three from Morocco, two from Cambodia and a documentary about an orphanage in Iraq — the big, red-carpet gala is still all about star power.

This year promises to be no exception. Here are a few standouts:

"From the Sky Down" directed by Davis Guggenheim

What it's about: This documentary of Irish pop sensation U2 starts with the band’s seminal 1991 album "Achtung Baby," and tracks its popularity.

Our take: Even at TIFF, documentaries are a hard sell, but organizers are betting on crowd-pleasers U2 to set the opening-night tone.

What it's about: Demme follows the 65-year-old singer on a solo tour that culminates at Toronto’s pitch-perfect Massey Hall.

Our take: Demme directed the famously creepy "Silence of the Lambs." Plus, how can a documentary of Neil Young go wrong?

"The Ides of March" directed by George Clooney

What it isn't: An antidote to political cynicism. This film peels back the layers of the American electoral process. Bonus: George Clooney stars.

Our take: Megastars Brad Pitt and Clooney both have films, but this is the one that’s more likely to reel in the praise.

What it is: a biopic of mid-century femme fatale Wallis Simpson and her relationship with Edward VII.

Our take: The Material Girl’s debut in the director’s chair has already screened at the Venice festival, where it got mixed reviews. If she directs as well as she acts, she probably shouldn’t quit her dayjob.

What it is: A biopic of a larger-than-life woman, Winnie follows "Dreamgirls" star Jennifer Hudson as Nelson Mandela’s erstwhile former wife, and Terrence Howard as Madiba himself.

Our take: Hudson and Howard are great actors, and the real Winnie Madikizela-Mandela has denounced it as “insulting.” Sounds like a must-see.

What it's about: This film centers on the “beautiful but profoundly disturbed” female patient, Keira Knightley, who comes between the friendship of Sigmund Freud and Carl Jung, played by Viggo Mortensen and Michael Fassbender.

Our take: Sounds like lots of eye candy, which we like. But will there be substance? Do we care?