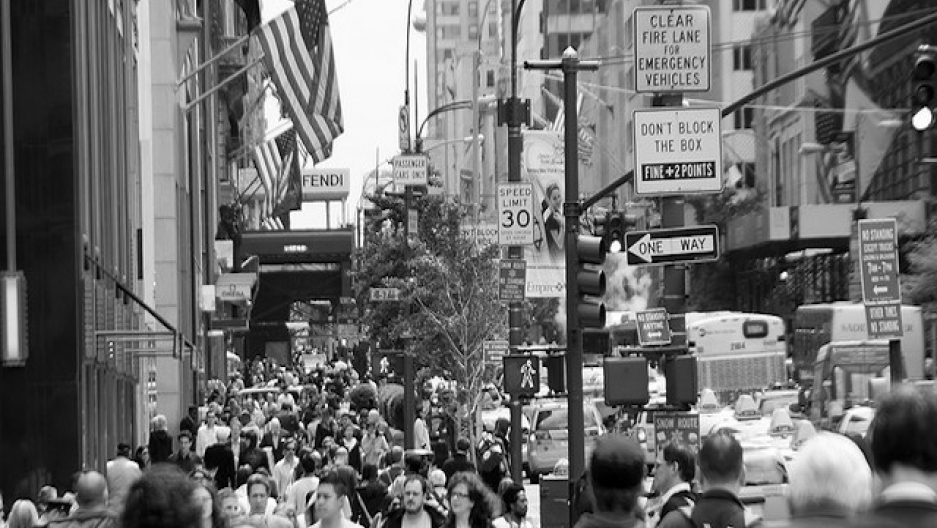 Crowded cities may be the best hope for the American economy, according to Ryan Avent, economics correspondent at The Economist. "The strongest, and the highest quality growth has occurred in our dense, metropolitan areas," he told PRI's The Takeaway, "and that's places like Boston, New York and San Francisco."

That may seem counter intuitive, when so many people are out of work, but Avent says that cities are the best way to turn the economy around. Recoveries, according to Avent, rely on innovation and entrepreneurship. He says, "we see those things at higher levels in places where there are a lot of workers crowded together."

For many people is that New York and San Francisco are simply too expensive, and that may be holding the economy back. Avent says, "I think that one of the problems that the economy has had is making sure that those cities are accessible to middle class households that can't afford the cost of housing there."

The overly expensive housing situation is hurting the city economies, too. When places like Houston and Atlanta are building more houses, and offering housing cheaper, Avent says that workers move out there, even if those aren't the most productive jobs. When cities like New York allow their housing costs to rise too much, Avent says, "they make it more difficult for people to stay there, they drive people away, that's going to hurt people in the short term as well as the long term."

If the United States wants to get serious about economic recovery, Avent says "we're going to need to see a greater willingness to build, and maybe the government could encourage that growth by building infrastructure that's going to support higher levels of density."