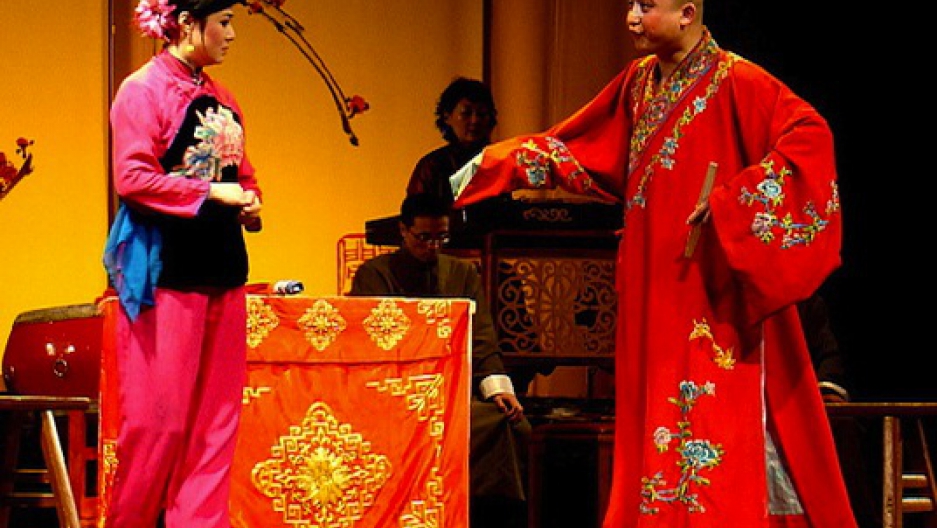 Opera singers traditionally have to learn Italian, German and French. In the future, Chinese may be added to that list, if Hao Jiang Tian has anything to do with it. Tian is the director of "I sing Beijing," a month-long program that brings opera singers from Europe and the United States to China to learn Chinese and train in opera.

When asked about the difficulty of learning Chinese, Tian responded, "just imagine, 28 years ago, I came here from Beijing to New York directly, and I knew only 4 English words." Now, Tian is an experienced opera signer, both in the United States and abroad, including at the Metropolitan opera.

"Today," he told PRI's The Takeaway, "I think: why not give some chances to American singers?"

The students are given two hours of language lessons each day, according to American opera singer and former "I Sing Beijing" participant Kurt Kanazawa. "It was really fun." Kanazawa believes that his opera training may have helped him pick up on the language quickly.

There also may soon be more jobs open to opera singers in China. "You look at the opera houses opening there, the beautiful facilities that are there," Kanazawa says, "they're going to need singers to staff those operas one day."

"For any opera singer, learning a new language is opening a new window, and a new direction," Tian emphasizes. "In China there are many and new theaters being built, and I think audiences are ready for Western singers to sing there."