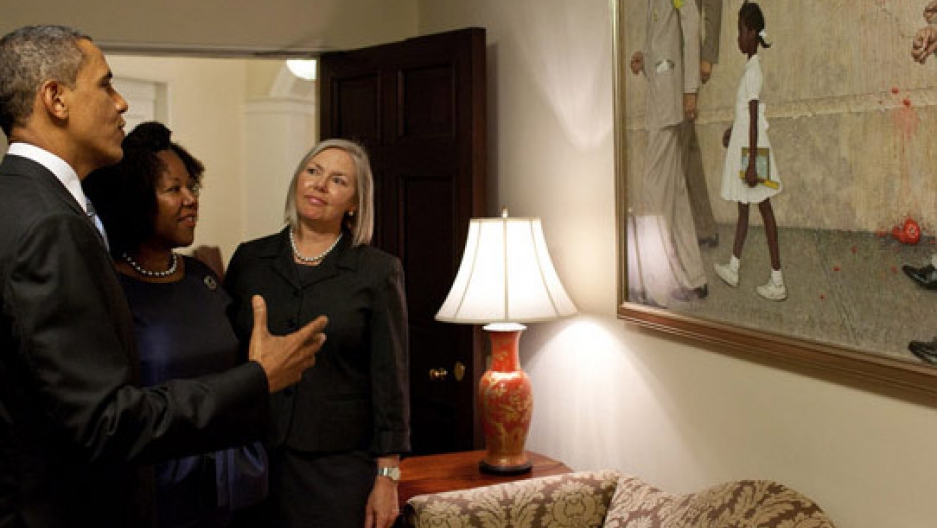 Last month, President Obama installed Norman Rockwell's "The Problem We All Live With" in a hallway just outside the Oval Office.

The iconic painting shows Ruby Bridges, a six-year-old African American girl, being escorted by US Marshals to school during the 1960 integration of the New Orleans school system.  Bridges wears a crisp white dress with socks and sneakers — she looks unfazed even as a tomato splatters on the graffiti-pocked wall behind her. Now, the first black president of the United States must pass the same racial epithet en route to work each day.

Bridges, now 56, lobbied for the painting to be moved to the White House.  She told Politico it would be "a great way for Obama to say to anyone who comes to his office: 'This is what I'm about.'"

When Bridges visited the painting in its new (temporary) home, President Obama thanked her: "I think it's fair to say that if it hadn't been for you guys, I might not be here and we wouldn't be looking at this together."

Read the rest of this story on the Studio 360 website.