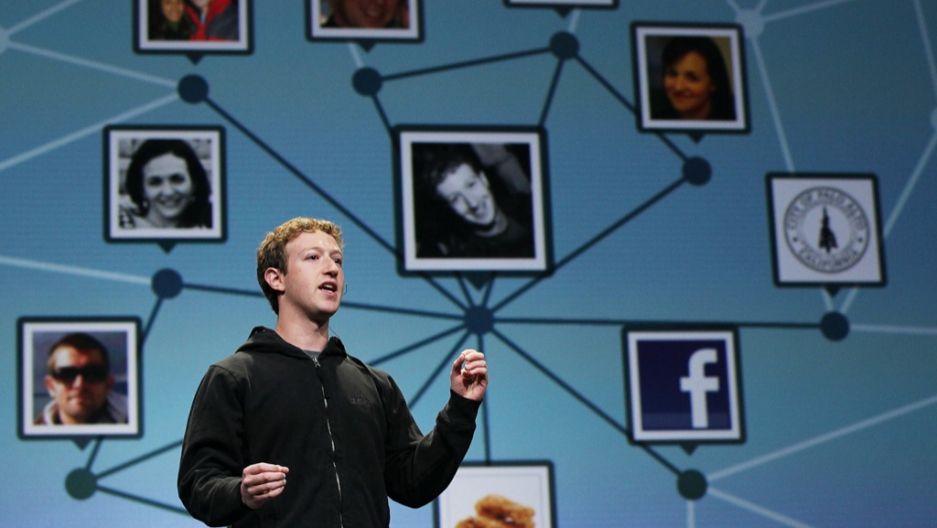 MADRID, Spain — When Spaniards log into a social-networking website, they use one of two sites, both created and run by twenty-something American entrepreneurs. One of those Americans is Mark Zuckerberg, the CEO of Facebook. The other is Zaryn Dentzel.

Born in Santa Barbara, Calif., Dentzel arrived in Madrid in 2006. He had his first taste of Spain eight years earlier, when he spent several months there as part of a high-school exchange program. In the intervening years, Dentzel graduated from Occidental College, worked for a time at Essembly, a California start-up, and watched as American social-networking sites like Facebook exploded in popularity.

Spain, however, had no equivalent. When some of Dentzel’s exchange-school friends started a rudimentary Spanish social network, then, Dentzel bought a place ticket to Madrid to join them.

More from GlobalPost: Why is China really going after Facebook?

Once there, Dentzel and Kenny Bentley, another Essembly veteran, redesigned the fledgling network—known as Who Is Who—with cash raised from family and friends. In January 2007, they re-launched the website under a new brand: Tuenti. (The new name, pronounced like the number 20, comes from “tu entidad”—Spanish for “your entity.”) Though it started with only 1,000 or so users—the remnants of Who Is Who’s user base—the new site grew rapidly. By the year’s end Tuenti had 350,000 users. It hit the million-users mark a few months later. At the time, that made it Spain’s most popular social network.

In the years since, Tuenti has emerged as Spain’s most successful young technology company, a dramatic success story in country wracked by unemployment. “They’re the big example,” said Rosa Jimenez Cano, a technology writer for El País who has covered Tuenti for four years. “They’re what every tech company in Spain would like to be.”

In spite of Tuenti’s success, however, the company can no longer claim to be Spain’s most popular social network. That distinction now belongs to Facebook, which attracts nearly double the number of monthly hits as its Spanish rival.

But Tuenti appears undaunted. Flush with cash after its recent acquisition by one of Spain’s largest companies, Tuenti has hired scores of new staffers this year, and the company is drafting international expansion plans. Even as Facebook’s reach grows, Tuenti’s executives are betting that their more intimate, privacy-minded social network can take on Facebook and carve out a niche in the countries around the world.

Tuenti’s main offices are located in an imposing stone building on the Plaza de las Cortes in Madrid, steps away from Spain’s Parliament and a five-minute walk from the Museo del Prado. Aside from the location — the rough American equivalent would be Facebook building its headquarters on the National Mall in Washington — Tuenti’s offices wouldn’t look out of place in Silicon Valley. Bright blue couches, glass walls with ideas scrawled on them in dry-erase marker, and rows of young people wearing T-shirts and flip-flops sitting at computers. For employees who come to Tuenti from Spain’s other, more buttoned-down businesses, the atmosphere can be a bit of a surprise, said Rosalba Mayo Galan, who works in marketing at Tuenti. “When I came for my first day at Tuenti, it was like, ‘Oh my God, where are your shoes?’” she said, laughing. Like many American technology companies, Tuenti’s vending machines dispense free soda, and employees can take PlayStation breaks.

Tuenti had about 30 employees when it moved into the building three years ago, according to Erik Schultink, the company’s chief technology officer. Today, it employs 230 people, he said, with 60 of them hired in the last quarter alone. To house its growing workforce, the company opened a second office, in Barcelona, in March; a third one opened in July on Calle de Alcala in Madrid, a few minutes’ walk from headquarters.

Along with Dentzel, Schultink — a soft-spoken 26-year-old in cargo shorts and flip-flops — is one of a handful of Americans in senior positions at Tuenti. (The company employs people in more than 20 different countries.) Originally from Michigan, Schultink earned his social-networking chops working at Facebook for a time in 2004, a few months after Mark Zuckerberg launched the site at Harvard. Three years later, he moved to Madrid to join Tuenti.

While Facebook has supplanted Tuenti as Spain’s most popular social network, Schultink emphasized that Tuenti is still growing rapidly, and data from comScore, an independent market-research company, bears this out. In January, comScore reported that Facebook received 14.5 million unique hits from users in Spain. By July, that number had risen by 1.4 million, to 15.9 million. Yet Tuenti’s numbers climbed as well, from 7.9 million visits per month to 9.7 million. The reason, Schultink said, is that many Tuenti users aren’t leaving the site for Facebook. Instead, they’re signing up for Facebook while continuing to use Tuenti.

Tuenti and Facebook are fairly similar, right down to their cerulean-themed web pages, but for many Spaniards they are not perfect substitutes. Unlike Facebook, Tuenti requires that aspiring users be invited to join. Each new user can then invite 10 additional people to the site. This system encourages Tuenti users to add only their close friends as, well, friends. “On Facebook, I have over 500 friends, and 450 of them I never talk to,” said Miguel Melgarejo, a 26-year-old Madrid native who works in sales at Tuenti. Spaniards, he added, tend to use Tuenti in the way North Americans might use LinkedIn — as a professional networking tool. On Tuenti, Melgarejo has only 70 friends or so, but he said he keeps in touch with many of them.

Tuenti’s exclusivity — along with its emphasis on users’ privacy, long a troublesome issue for Facebook — has emerged as a key selling point for the social network as it competes with Facebook for market share. Facebook has “more friends, more noise, more information from different people who probably aren’t your best friends,” said Sebastian Muriel, Tuenti’s vice-president for corporate communications. Someone who contacts you on it isn’t likely to be a childhood friend, he said. “It’s someone you met in a meeting.”

If Tuenti is so appealing, what attracts Spaniards to Facebook? One appeal is the network’s international reach, which Tuenti cannot yet match.

“It’s obvious that as soon as you have friends living outside of Spain, you need to have Facebook,” Melgarejo said. He used to live in the U.S. and maintains both Facebook and Tuenti accounts. “Many people use Facebook for that reason,” he added.

Though Facebook has far more users than its Spanish rival, Tuenti can and does brag about the extraordinary amount of time users spend on the site. According to comScore, Spanish Internet users spent an average of 191 minutes on Facebook in July. They spent 470 minutes on Tuenti.

The two sites’ demographics may be responsible for some of that difference. Facebook’s Spanish users are often in their 20s and 30s, while Tuenti users are more likely to be teenagers. Many Spaniards first sign up in university, said Adolfo Álvaro Martín, a professor at Camilo Jose Cela University in Villafranca del Castillo who has studied social-networking sites. “The majority of students in the first and second year of university use Tuenti,” he said. “But by the third year, the majority of students are on Facebook.”

The Spaniards who do maintain Tuenti and Facebook accounts may slowly start using Facebook more as they get older, said Rosa Jimenez Cano, the El Pais technology writer. She’s no exception. “I’m not really using Tuenti as much as I used to,” she said. “Right now I prefer Facebook and Twitter. But my sister uses Facebook all the time, and she’s 25. I’m 30.”

More from GlobalPost: Behind Egypt's revolution: youth and the internet

Alvaro is working on a follow-up study, but he said he thinks Spain’s young people will continue to use Facebook and Tuenti as they grow older. “Personally, I think it is possible that they can use both networks,” he said. Facebook may be better for connecting with other professionals, he added, but Tuenti “is more private for us to connect with our friends.”

In 2010, Telefonica, the Spanish telecommunications conglomerate, announced that it would acquire a controlling stake in Tuenti for 70 million euros (about $100 million). Writing on his blog on Aug. 4, shortly after the deal was announced, Zaryn Dentzel emphasized the “financial muscle” of Telefonica — the world’s fourth-largest telecommunications company — as well as its “expertise in communications.” Tuenti has drawn on both of these over the past year as the company has begun drafting plans to take on Facebook in Spain and around the world.

The company’s strategy appears to rest on two planks, the first of which is a mobile-network based around Tuenti that officially launched in June. Called Tu, the network — known as a mobile virtual network operator — piggybacks on top of Telefonica’s Movistar network. “We sell these SIMs,” Schultink told me as Muriel pulled a blue-and-white SIM card emblazoned with the Tuenti logo from the back of his phone, “and now we sell phones as well.” Tu is designed to allow its users to chat and message their friends on Tuenti for free, making Tu a cheap alternative to buying a smartphone for Spain’s cash-strapped youth. (The unemployment rate for Spaniards under 25 is about 40 percent.)

Tu may enable Tuenti to take on Facebook in Spain, but the company also looking to expand into the rest of the world. In May, Tuenti took its first step in this direction by allowing users to list a residence outside of Spain on their pages. In the coming months, however, the company will map out a strategy to expand more directly into other countries.

“It’s a worldwide approach,” Muriel said, though he implied that Tuenti would most likely focus on a few countries in particular. Which ones? Muriel wouldn’t say, but he allowed that Tu would be a part of any expansion effort. Because Tu is based on Telefonica’s Movistar network, it seems likely that Tuenti will choose to expand into countries where the network has a strong presence. Movistar operates in, among other places, about a dozen Latin American nations.

In Spain, Tuenti has a created a social network distinct from Facebook — invitation-based, more mindful of privacy, and with a young user base that spends a huge amount of time on the site. But is Tuenti’s model distinct enough for it to take on Facebook in Colombia or Argentina? Right now, it’s far from clear. Facebook has an enormous user base around the world, and Tuenti’s invitation requirement could make international expansion difficult.

Schultink, however, remains optimistic. “I don’t think it’s necessarily clear that Facebook is [always] going to be the globally dominant social network that they are right now,” he said. Google would seem to agree. In June, the company launched Google+, its new social network, which comScore reported received 7.8 million unique U.S. visitors — and 537,000 Spanish ones — in its first full month of operation. Maybe Google+ will overtake Facebook.

Or maybe Tuenti will.