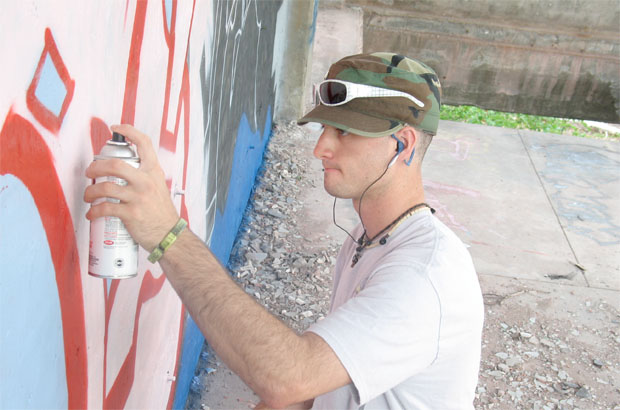 Share
By Katy Clark It's been nearly 10-years since the US went to war in Afghanistan. The conflict began just after 9/11, with a US led invasion aimed at ridding Afghanistan of the Taliban and al-Qaeda. But a decade later, polls show a steady decrease in support for the war back home. President Obama has announced plans to withdraw tens of thousands of American troops from Afghanistan between now and 2014. That's when Afghan forces are due to take full responsibility for their country's security. "Where Soldiers Come From" is a new documentary about the war in Afghanistan as seen through the eyes of a small community in Michigan's Upper Peninsula. The film follows a tight-knit group of friends from Hancock, Michigan, population 4,300. The friends, including Bodi Beaudoin, were drawn to the National Guard by the $20,000 signing bonus and the promise of financial aid for college. Beaudoin says he wants to be a cop like his old man. He also wants to have kids someday, and give them all the things his dad gave him. Soon enough, Beaudoin and the other friends find out that they'll be serving together in Afghanistan, and their unit begins training for a nine-month deployment. The film is as much about these friends transitioning from aimless high-school grads to seasoned war veterans as it is about their friends and families, who anxiously await their safe return. "Did you ever see the movie 'The Deer Hunter?'" asked Mary Smith, the mother of Cole Smith, another soldier in the film. She says the film reminds her a lot of her son and his friends. She's not sure why, maybe because they're as close knit as the friends in that film. She worries that if something happens to one of the guys from Hancock, it would devastate the whole group. Fortunately the film's subjects — including Beaudoin, Smith, and Dominic Fredianelli — return safely. But each is changed by his experience in Afghanistan. Director, Heather Courtney, followed the young men closely for two years: before, during, and after their deployment. Still, she says she hadn't anticipated the stress and trauma they'd carried home with them. Courtney says she didn't realise, for instance, that Bodi (Beaudoin) and Dominic (Fredianelli) both had traumatic brain injury. She says it was surprising when their symptoms started surfacing. She added that there weren't a lot of resources there for them to tap into to be able to deal with some of the issues they were dealing with. Dominic Fredianelli is the group's quiet leader. He's an aspiring artist. In the film we see him back home trying to work through his issues by painting a giant mural — graffiti style — on the back wall of his university. We also see him on deployment trying to work out what he and his buddies are doing in Afghanistan, where they spend their days sweeping for improvised explosive devices (IEDs). Fredianelli says when they find IEDs it's important, but he thinks the insurgents are targeting them the US soldiers more than anything else. He suspects that if he and his fellow servicemen weren't there, the IEDs wouldn't be that much of a threat. Based on what we see in the film, Dominic Fredianelli would appear to regret his decision to join the National Guard, but that's not the case. He says he doesn't regret anything, from joining, to going over there, to coming back. Fredianelli says if there's any take-away message here, it's that war stinks, that people are changed by it and that society at large could and should do more to help soldiers when they return home. Director Heather Courtney says that, "Where Soldiers Come From" isn't an anti-war movie by any stretch. She describes it as a very personal, very human story about people from small-town America whom viewers may never meet but whom none of us should ever forget. Courtney says she feels that many Americans are far removed from the Iraq and Afghan wars because they don't know anyone personally who's gone to fight in these wars. "One of my motivations for doing the film was to tell a story about these guys, their families and their town so you really get to know them before they ever become soldiers," she said. She hopes that that way viewers will feel as if they do know someone who's gone to war. She adds, that way, "it's harder for you to just forget that the wars are going on." "Where Soldiers Come From" opens in theaters September 9th.