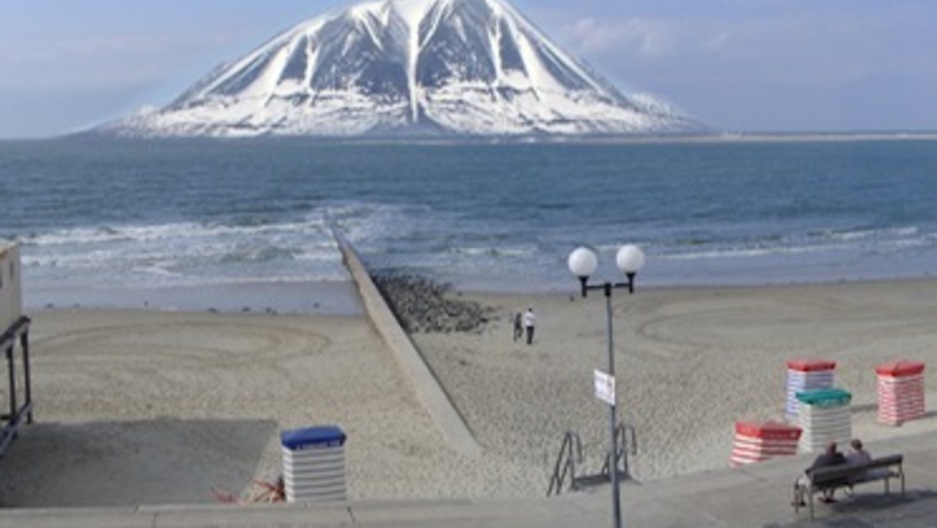 The Netherlands has a reputation for being "vertically challenged," geographically speaking. In fact, the highest point on Dutch soil is technically a volcano on the island of Sava in what's called the Caribbean Netherlands. But Thijs Zonneveld, a former professional cyclist turned sports writer, wants to change that. He has called for the Dutch to build their own mountain.

Zonneveld, who remembers making drawings of mountains in his geography book at school, recently used his newspaper column to argue that the Dutch need their own mile-high peak.

"The Dutch people go to the mountains in the summertime and wintertime by the millions," Zonneveld tells me. "They go for biking, for hiking, for having a picnic with a view, and for skiing in wintertime."

"So, what we need is our own mountain in Holland, so that people don't have to leave the country to enjoy these things."

Zonneveld says that, at first, he meant it as a joke.

"But after I wrote the column, I got so much response from people who had been thinking seriously about this that I started to take it seriously myself."

This week, Zonneveld organized a brainstorming session here in the Dutch city of Utrecht. Dozens of engineers, architects and urban planners gathered to talk about how, exactly, one would go about building a mile-high mountain.

There was no shortage of enthusiasm. The brainstorming session kicked off with all participants doing a rousing cheer of "Die Berg Komt Er!" or "The Mountain is Coming!"

Well, maybe it is. After all, it sounds a bit crazy right? A man-made mountain, more than 6,500 feet high?

Just imagine the engineering and architectural challenges, and the legal, economic and environmental hurdles.

But Pol Tummers, who is with the Dutch engineering firm DHV, started things off by reminding me of an old saying: "God created the Earth, but the Dutch created the Netherlands."

The Dutch, after all, have been using technology and engineering to carve land out of the sea for centuries.

"When we finish this, we can lay down and relax," Tummers adds with a smile.

Tummers and his partner presented a plan envisioning a snow-capped mountain sitting offshore, in Dutch waters, in the North Sea. He estimated it would take more than a trillion cubic feet of sand to build it, not to mention hundreds of billions of dollars.

Another architect at the brainstorming session presented an idea for a land-based Swiss-Alps style peak made with a man-made steel structure underneath.

But not everyone thinks a sharp "Heidi-style" peak would be right for the Dutch.

Dubbling suggests that a flat-topped mountain, a mesa, might be more suited to the Dutch character. That way, he says, more Dutch could stand on it, as equals, at the same time.

"Since we stopped reclaiming land from the sea, we Dutch are in some kind of identity crisis. And in the last decades we could export our ideas. But now, with this economic crisis, we really have to think of something different. "

A mountain, Dubbeling says, definitely qualifies on that score. The idea has drawn the support of some of the Dutch sports federations.

But there is also already a "The Mountain is NOT Coming" page on Facebook.