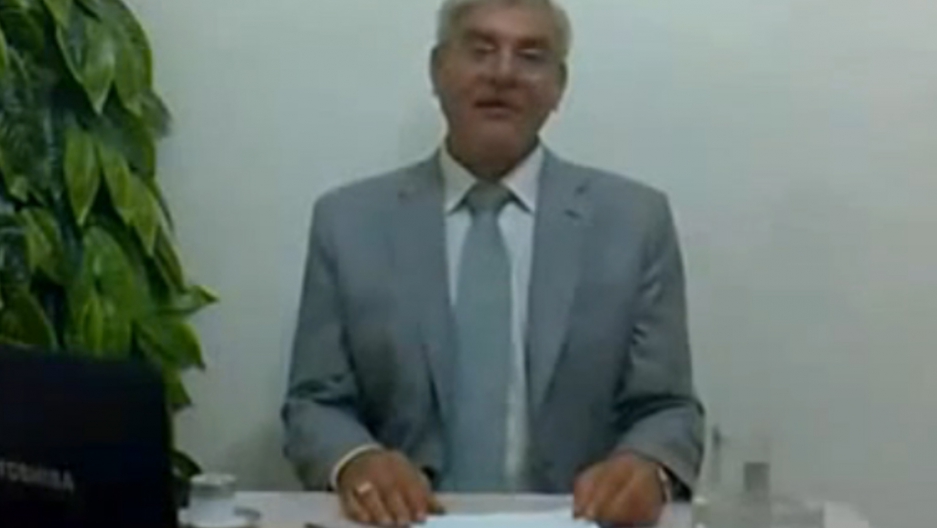 “I, the attorney general of Hama, Adnan Muhammad al-Bakkour, announce my resignation from my position in the state that is shadowed by Assad and his gangs.”

Sitting at a table in a grey suit reading from papers in front of him, the attorney general, the highest ranking official to resign from Syria so far, delivered a video message explaining his decision.

An independent lawyer has confirmed to Reuters that the person who appeared in the video was indeed Bakkour.

The attorney general gave several reasons for his resignation among them was the killing of 72 protesters in the “Central Prison of Hama”, who had all been buried in mass graves.

According to Bakkour mass graves had also been dug in public parks for the bodies of some 420 people who had died at the hands of the security forces and “death squads”. He said that he had been asked to “present a report declaring that these victims were killed at the hands of “Armed Gangs.””

Five months into the Syrian uprising, which the UN claims have cost the lives of at least 2,200 people, the Assad’s are still intent on crushing the growing calls for the overthrow of the regime.

Hama, which saw around ½ million protesters in the streets, was invaded at the beginning of August when Syrian forces mounted a 10-day operation in the city.

Bakkour cited the random arrests of around 10,000 people, the torture of 320 detainees at security branches, and himself being forced to sign off on the burial of 17 people, who had died under torture, as other reasons for his resignation.

In his message he also deplored the destruction of homes by the Syrian army, which had killed the residents who were still inside them. The bodies, he said, were left under the ruins for several days until they started to decompose.

This is refuted by Bakkour himself, who said that "what Syrian television is broadcasting about me being kidnapped by armed groups is totally false. I am in the protection of rebel inhabitants and in good health, today, Wednesday, 31 August. I will give live statements once I leave Syria soon," he said.

“If he defected and he has documentation for his assertions this would support the claims of the protesters of wide spread violations against human rights,” a Syrian activist told Global Post. “The details that he might have about who is committing crimes or giving the orders to commit the crimes will support human rights groups in the international court.”

“Adnan Bakkour is a respected judge, and known figures that go public about their opposition to the methods of the regime will cause more people inside Syria, who  still believe the story of the "armed gangs", to reconsider,” the activist said.

Listing 14 names of individuals whom he holds responsible for the atrocities including the Minister of the Interior, Muhammad al-Shaar, who Bakkour called “criminals who committed these atrocities towards the unarmed civilians,” he said that he has documents and witnesses to the atrocities, which, he said, he will disclose in the future.