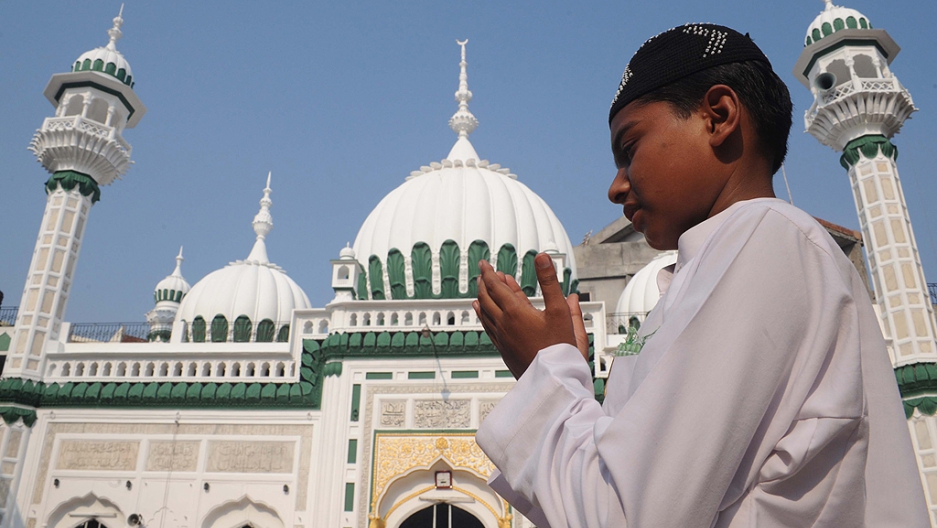 An Indian Muslim boy prays at The Kharudin Mosque in Amritsar on August 31, 2011, to mark the festival of Eid al-Fitr. Muslims around the world celebrated Eid al-Fitr Festival which marks the end of the holy month of Ramadan, after the sighting of the new crescent moon.
Credit: NARINDER NANU
Share

How loud is too loud when it comes to loudspeakers at a mosque?

That's the question currently being asked in Morocco, according to this report by Al-Arabiya.

Some Muslims in the North African kingdom are hoping that a ban on the use of microphones at mosques would reduce noise levels that "disturb residents" in neighborhoods throughout the country.

“The strength of faith is never measured by how loud the calls for prayers are and mosques that do not use microphones still do their religious job,” Saeed Lakhal, a Moroccan Islamist researcher, told Al-Arabiya.

“Many mosques in Morocco are not exclusively used for spiritual purposes and serve instead as a channel to propagate political ideologies,” he told Al Arabiya. “This is especially true when it comes to mosques run by Islamists.”

(GlobalPost in Cairo: Government looks to muffle the clamor of Cairo's mosques)

This is certainly not the first time that Muslims have debated the volume and content of the broadcast at mosque minarets in the Middle East.

For nearly a decade, the regime of former Egyptian president Hosni Mubarak struggled to implement a project that would synchronize the call to prayer at all of Cairo's 4,000 mosques, ostensibly to lower the daily cacophony in Egypt's capital.

Many Egyptians saw the move as a government attempt to control the content of the Islamic call to prayer, or adhan.

“A danger is that the government could attempt to synchronize and control more, which could ultimately lead to greater censorship,” Said Sadek, a professor of sociology at the American University in Cairo, told GlobalPost last year. “If the government is trying to control the mosques in this way, it would be very problematic.”

The adhan is typically called out from the top of a mosque minaret by a muezzin, or someone who makes the five times daily melodic beckon to the Muslim faithful below.

These days, however, most mosques in the Middle East and North Africa simply play a cassette tape or other recording of the adhan, usually blared over crackling loudspeakers.

And when it's combined with other nearby mosques in a big city, it certainly can get loud.

Saudi Arabia’s ministry of Islamic affairs is investigating complaints that some mosques in that kingdom are turning up the volume too high to compete with other mosques, according to a recent report by Saudi’s Arab News.