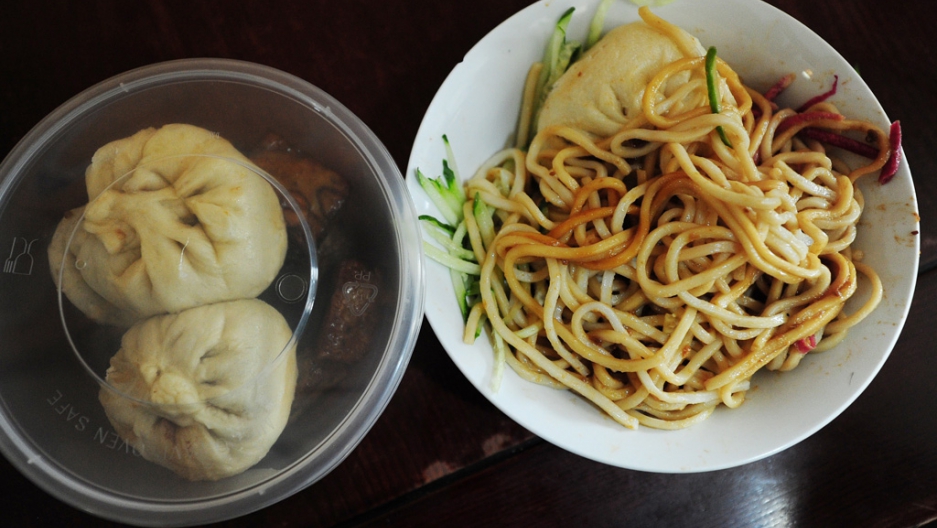 You may have heard that U.S. Vice President Joe Biden was recently in China.

You may even have seen pictures.

But if you were wondering as to the legacy he left in his wake, well, that's got to do with noodles.

Thanks to Global Voices, we know that:

During Biden's visit to Beijing, the U.S. Ambassador to China, Gary Locke brought him to a small noodle restaurant, and spent RMB 79 (approximately USD 12) for a 5-person meal. In addition, Biden paid the bill without asking for a receipt.

Below is a photo from Mingpao Daily (via Sina News via Global Voices) that shows what he ordered.

Now, this may seem beside the point to you. But it is not.

Joe Biden with his relatively inexpensive bowl of noodles has won Chinese hearts, according to the report. It's "noodle diplomacy" done right.

Mainly because in China, government officials' travel budgets account for 60 percent of all administrative expenses. The government is hardly transparent about where the money is spent, but suffice it to say the noodles they ain't cheap.

So stark is the contrast, that the Chinese government has reportedly banned discussion on the internet about Joe Biden and the whole embarrassing noodle affair.

Lucky for us, some netizens have already had their say.