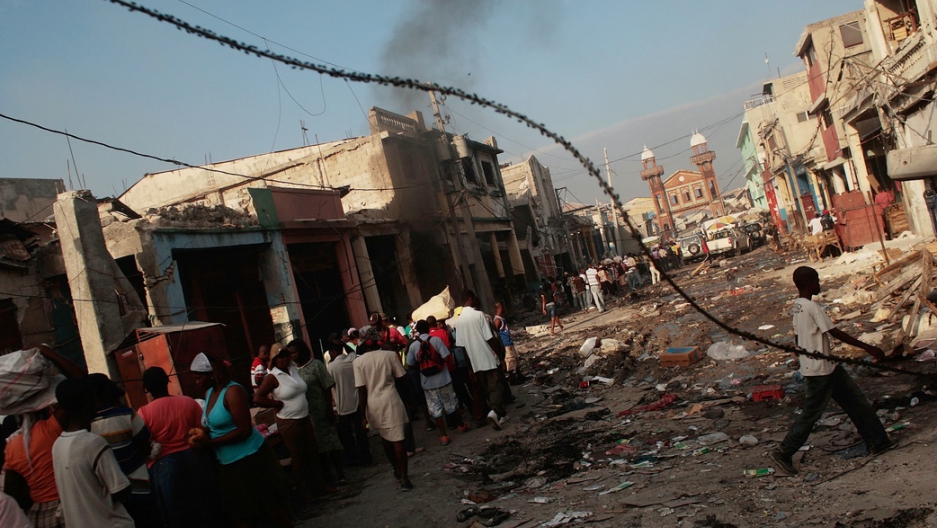 Some Haitians would rather return to what they left behind. Above, an impromptu street market in the Haitian capital after the earthquake.
Credit: Chris Hondros
Share

Haitians have worn out their welcome in the Dominican Republic.

Countless Haitians crossed the border to escape the devastating earthquake. Though their neighbors were encouraging at first, many have found they are no longer wanted.

Dominicans have become increasingly hostile to Haitians, blaming them for crime, cholera and for taking what they see as Dominican jobs. In short, like new immigrants in most places, Haitians have become convenient scapegoats for social and economic woes.

How do they single them out? Haitians tend to have darker skin — not exactly a precise measurement.

Many have been deported because they can’t produce proper documentation, since their belongings were destroyed in the disaster.

Now, it seems they’re even paying them to go away. Said The New York Times:

The tension became pitched enough that the International Organization for Migration offered a way out: paying Haitians $50 apiece, plus additional relocation assistance, to go home willingly. More than 1,500 have gone back through the program.

Some, according to the report, had planned to stay but it seems the hostility has become too much. Said one Haitian, Bernier Noel, who moved to the DR after his home was squashed in the earthquake: “Anything is better than the conditions we are in now."