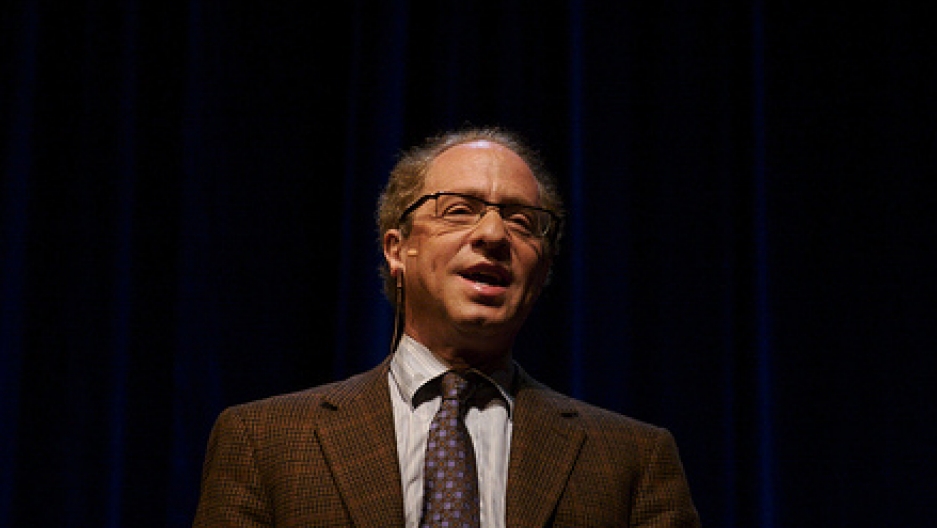 Story from PRI's The World. Listen to audio for full interview.

Author, inventor and futurist Ray Kurzweil's thinking and work cover a broad range of topics. But Kurzweil is probably best known for (and criticized for) his ideas on transhumanism.

In an interview with the BBC last year, Kurzweil revealed that he takes about 150 pills a day as a way to keep himself healthy enough to live until the advent of what he calls "the biotechnology revolution," at which point we will be able to "reprogram the software in our bodies."

In addition to improving the internal systems of our bodies, biotechnology would enable us to download our minds onto non-biological forms, which would allow us to live forever, Kurzweil asserts.

Just in case you're tempted to dismiss him as a crank: he has a track record of accurate predictions about a technology-driven future. And his institute, for interdisciplinary teams of those attempting to peer into that future, has powerful backers like NASA and Google.

In 25 years' time, according to Kurzweil, our current biotechnologies will be a "billion" times more powerful and cost effective. This will allow us to "reprogram our biology." Our brains will be able to think using computing form the internet. Things like full-emersion virtual reality from within our own nervous systems will be possible.

Some of his Kurzweil's predictions in the 1980s:
- A world wide web connecting hundreds of millions of people
- The demise of the Soviet Union
- Computer takes World Chess Championship
- Human Genome Project completed