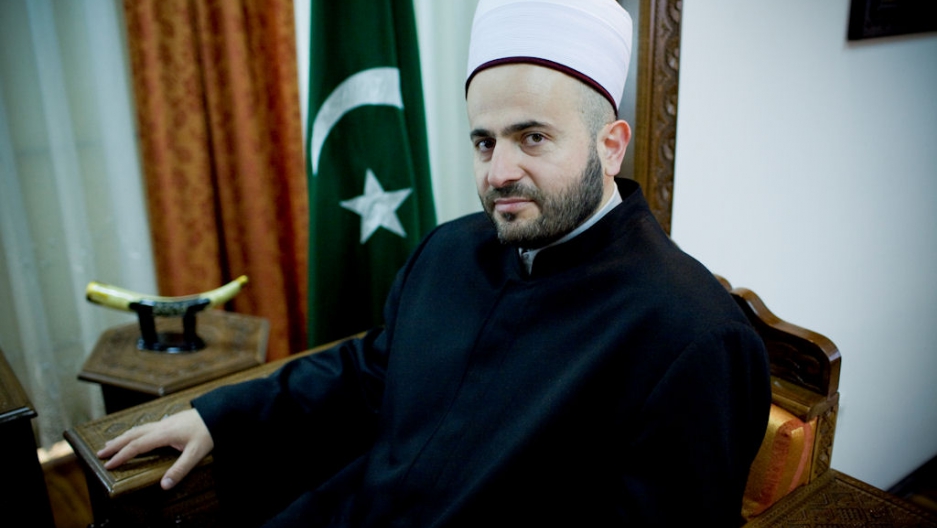 SANDZAK, Serbia — In Belgrade this week, German Chancellor Angela Merkel demanded that Serbia abandon its attempt to govern northern Kosovo in order to become a candidate for European Union membership. Merkel’s visit to the Balkans follows recent violence on the border of Serbia and Kosovo, which Serbia refuses to recognize as an independent country.

But ethnic tensions don’t just simmer at the border. Within Serbia, a local mufti is demanding autonomy for the majority Bosniak region of Sandzak and accusing the government of “genocide in gloves” for its policies toward Muslim minorities.

Muamer Zukorlic, 40, the long-standing head of the Islamic community in Serbia, said last year that, though he respects Serbia’s borders, the least he will accept is “a highly regionalized Sandzak with a certain degree of autonomy.”

“Zukorlic is the manifestation of Belgrade’s failure to cope with the Muslims in the country, he was probably inevitable,” said Sonja Biserko of the Helsinki Committee for Human Rights in Serbia.

Portrayed in local media as a power-hungry opportunist intent on destabilizing Serbia for his own purposes, Zukorlic brushed aside Serbian concerns that he is using his position as a religious leader to gain political power: “Politicians think theirs is the most important position. Politicians are the executioners of rules, not the architects.”

Within the Muslim community, said Safeta Bisevac, a Bosniak editor at the Danas newspaper, Zukorlic is a polarizing figure. While the majority support him, he also provokes strong opposition.

Zukorlic runs Novi Pazar, the largest town in Sandzak, a historic region that stretches into Montenegro and borders Kosovo and Bosnia, as his own personal fiefdom. His harsh rhetoric toward Belgrade appeals to Bosniaks, many of whom feel like Serbia’s government would prefer that they disappear. Zukorlic also connects the situation of Bosniaks to a wider Muslim struggle. This past weekend, according to Serbia’s B92, he called on Bosniaks to accept only Allah as their master, saying “this is our response to the injustice, oppression and discrimination against us by the oppressors, aimed at returning us in the past century when we were not allowed to say who and what we are.”

More from GlobalPost: How young Serbs learn to hate

Belgrade has done little to appeal to Zukorlic’s supporters. Sandzak, one of Serbia’s poorest regions, has nearly no economic or social investment, high unemployment, and is lacking schools and infrastructure. The police force remains mostly Serb despite the region being majority Bosniak. Massacres and the displacement of Bosniaks by Serb forces during the wars of the 1990s remain unreconciled.

“In Sandzak, the politicians did not deliver anything socially. There were high expectations after [the 2000 overthrow of former Serbian president Slobodan Milosevic] in terms of dealing with the past and stabilizing the country,” Biserko said. “The new regime has not convinced Bosniaks that they are distancing themselves from Milosevic's policies.”

Zukorlic’s grandfather was a local imam who instilled in him an interest in religion during his childhood in rural Sandzak. Because Islamic education in Serbia at the time only went to a primary school level, Zukorlic studied abroad in Bosnia, Algeria, and Lebanon, funded by various Islamic institutions.

After returning to Sandzak in the early 1990s, he was elected as the head of the Islamic Community in Serbia, an organization dedicating to protecting Bosniak rights and promoting religious education.

For years he cooperated with Belgrade, even receiving support to found a multi-ethnic university. However, after parliamentary elections in 2008, Zukorlic began lashing out at the central government and finding excuses for his supporters to clash with police in Novi Pazar. Last year he revived a call for Sandzak to become autonomous.

The shift is rooted in the 2007 establishment of a rival Islamic community called the Islamic Community of Serbia, which claimed Zukorlic had been in power for too long.

Elections in Serbia are narrowly won and the approximately 200,000 strong population of Serbian Sandzak is a vital tipping point. In a speech in Novi Pazar before the 2008 election, Serbian President Boris Tadic claimed that “as a member of the united Serbian Orthodox Church, I believe in a united Islamic community in Serbia.”

According to Bisevac, Tadic’s ministers spoke with Zukorlic at the time, giving an impression of supporting his Islamic community. However, once they secured the votes of his supporters and eventually won the election, nothing changed. Tadic’s new minister of religion began dealing with the Islamic Community of Serbia.

“The government will be hoping that, in the long-term, they will increase their influence in the Sandzak and undermine the influence of Zukorlic’s Islamic Community in Serbia,” said Kenneth Morrison, a professor at Britain’s De Montfort University, who is writing a book on Sandzak.

In his Novi Pazar office, Zukorlic said, “Tadic does not fulfill his speeches. We can’t allow Belgrade to make decisions about our destiny.”

Though he claims that he has no interest in becoming a political figure because “the position I have is higher than all,” Zukorlic is advancing his agenda by following the Byzantine tradition of politics that Serbia is famous for.

His brother-in-law, an affable former civil servant named Emir Elfic, has decided to establish a political party with an agenda very similar to Zukorlic’s own.

While he has not yet officially endorsed the party, Elfic said Zukorlic’s support is welcome.

“We will welcome all support, especially by the mufti, who I can say is the most influential person in Sandzak,” Elfic said.