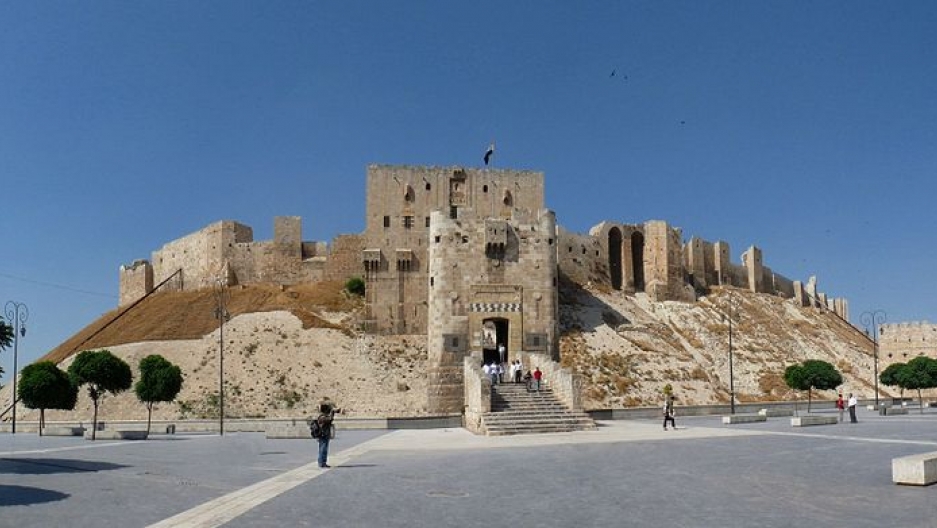 Share
Nabil Salha lives in a little mountain resort town called Mashta Helou. The town boasts the best of both worlds: the cool air of the mountains and beaches just a short drive away. Salha, whose name has been changed for security reasons, usually works as a guide for the flocks of tourists who come to escape the summer heat. But not this year. "There's no tourism this year," he said. "Because for a tourist to reach the resort he needs to drive down a high way with loads of police and army stationed on it. It's not safe." The police and army are there to clamp down on anti-government protests that began more than give months ago. The government of Bashar Al Assad has responded to the growing protests with a violent crackdown that's killed more than 2,200 civilians, according to United Nations estimates. Nabil Salha said there haven't been any problems in his town, which is mainly Christian, but in nearby villages and towns, there have been clashes between protesters and security forces. Three months ago, he left to go visit his mother in neighboring Lebanon "We are living without work in Syria," Salha said. "My Father is getting his pension, but it's not much. I'm losing around $1,000 a month, and it's been three months since I've worked. Now I'm borrowing money from people and going into debt." Other Syrians in the tourism industry are suffering as well. Reports suggest hotels in the tourist hubs of Damascus and Aleppo are empty. Tourism makes up about 12 percent of Syria's $52 billion economy, and the uprising — and the government's refusal to make any meaningful reform — is taking a toll, according to Hilal Khashan, an analyst at the American University of Beirut. "There's no tourism, no transit. There's a flight of capital from Syria. The economy is not in full gear," Khashan said. Gulf Arab and foreign companies have delayed or cancelled huge projects in Syria. The stock market there has dropped 41 percent. According to the gross domestic product, projected earlier this year to grow at three percent, may shrink five percent. Khashan said the greatest threat now facing the Assad regime is not the protests; it's Syria's collapsing economy. "Those middle-class people who have secure jobs and send their kids to school and can afford to go to supermarkets and live fairly decent by Syrian standards will begin to realize the Assad regime has become a liability." Many of those middle-class people live in Aleppo and Damascus, cities that have yet to see significant protests. Khashan notes that people in those cities have benefited from Assad's economic liberalization, and found stability with the regime, but "If the elements of good life they are enjoying seem to be endangered, then may change their minds." One example came this week — Syrians found that their VISA credit cards stopped working, due to US and European sanctions on Syrian banks. But it's the rural poor who've suffered most under Assad's decade of economic reforms. He cut subsidies on fuel and food, lowered investment in agriculture and cut government jobs. Now in the face of growing unrest, Assad has increased subsidies, and raised wages in the large government bureaucracy. Syria used to bankroll the subsidies through its oil exports. But those exports are dwindling. The European Union has been the number one buyer of Syrian oil. Now sanctions have barred EU countries from importing Syrian oil. Economist Lahcen Achy said sanctions in general could wind up hurting Syria's poor and working classes — the very people who are protesting. "The issue is the effectiveness — it still might take a long time. A regime can survive for a long time," Achy said, noting the examples of Iran and Iraq. Achy said economic sanctions can only do so much. He thinks political and diplomatic pressure is the best way to push the Assad regime into enacting real reforms, or stepping down. Nabil Salha, the unemployed tour guide, doubts the tourists will come back to Syria any time soon and he doesn't see any end in sight. "I'm afraid from both sides" he said. "If the regime falls, there will be chaos." But the opposition has no leadership, no one to take over if Assad goes, he said. But he has no confidence that Assad will make any meaningful reforms. So for now, Salha is staying in Lebanon, looking for work as a tour guide.