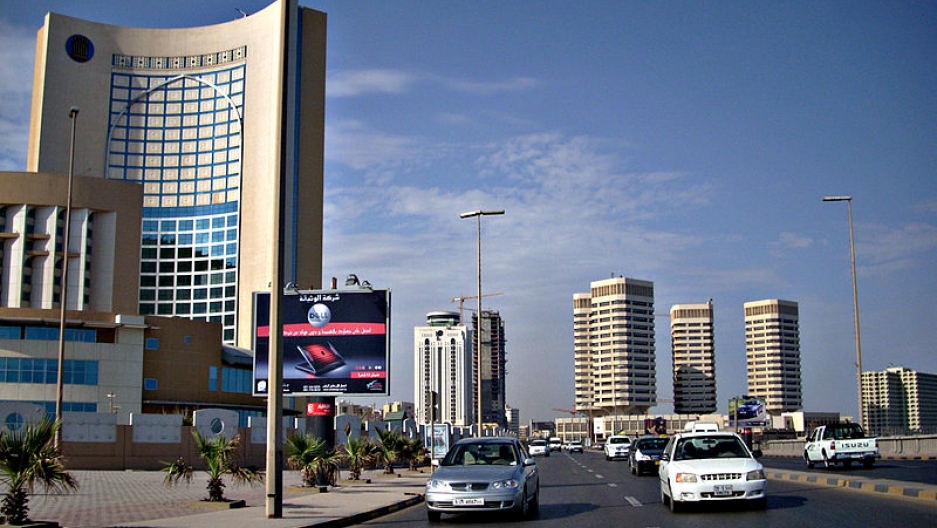 Share
Libya will badly need resources to rebuild once the war is over. Tuesday, Europe and the US signaled a willingness to help on that front. They said they're preparing to release billions in Libyan assets that were frozen during the early days of the uprising. The US alone has some $37 billion dollars in frozen Libyan assets that it could release. The Libyan annual GDP is about $90 billion, so a $37 billion cash infusion, well, that could go a long way toward helping that country rebuild. "It'd be equivalent in the US of handing us, I don't know, $4 trillion or $5 trillion," said William Martel with the Fletcher School at Tufts University. "It'd be a third, roughly, of Libya's yearly economic output. It's a tremendous amount of money." The frozen $37 billion is tied up in cash, real estate, and shares of US companies. The money belongs to the Libyan government; it just can't get at it right now. That's because President Obama signed an executive order last February freezing the funds and cutting off the Gaddafi regime. But it'd be just as easy for President Obama to give the money back, said Stuart Levey, a former undersecretary at the Treasury Department and now senior fellow at the Council on Foreign Relations. "Literally a stroke of the pen," said Levey. "He (President Obama) can issue another executive order. The difficult piece will be to determine who actually represents the government of Libya." Right now, we don't who that is. "And so I think the great hesitation now is that with a desire to repatriate those funds back to Libya, after the Gaddafi regime has been dismantled, it's something we don't have the mechanisms, the levers that we know how to pull right now, until we have clear lines of authority, communication, and governance within Libya," said William Martel at Tufts. "And then the next question is: How long before we think that will happen? I think that goes in the category of existential uncertainties. It could be next week, or next month, or months from now," said Martel. Martel said it'd be "very dangerous" to unfreeze the assets too soon, as they could end up in the wrong hands. Nicholas Burns at Harvard's Kennedy School of Government agreed with that. He said a new Libyan government should pass a basic test before it gets access to the frozen funds. "Will they be legitimate? Will they be credible? Will they be an effective government trying to help their people?" said Burns "If they can meet that basic test, then I think you'll see the United States act quickly to unfreeze the funds and to give the Libyan government the help that they need, but that is a test that they need to pass." But that test is subjective. Burns said President Obama will have to make a basic calculation that by unfreezing funds the US is helping Libya rebuild and isn't simply handing money to a new authoritarian regime. That's the political calculation. Here's the legal one: It's up to the president to decide when to release the money. "It is a tremendous power that the president has, but we use it in a number of contexts," said Stuart Levy. "It's the power that we use to impose sanctions on terrorist organizations, on Iran, on North Korea, on proliferators of weapons of mass destruction. A whole series of financial sanctions are implemented under this same statutory authority." A state department spokeswoman said Tuesday it's seeking to quickly release between $1 billion and $1.5 billion in frozen assets to a transitional Libyan government. She said the administration is confident the money would get to the people who need it.