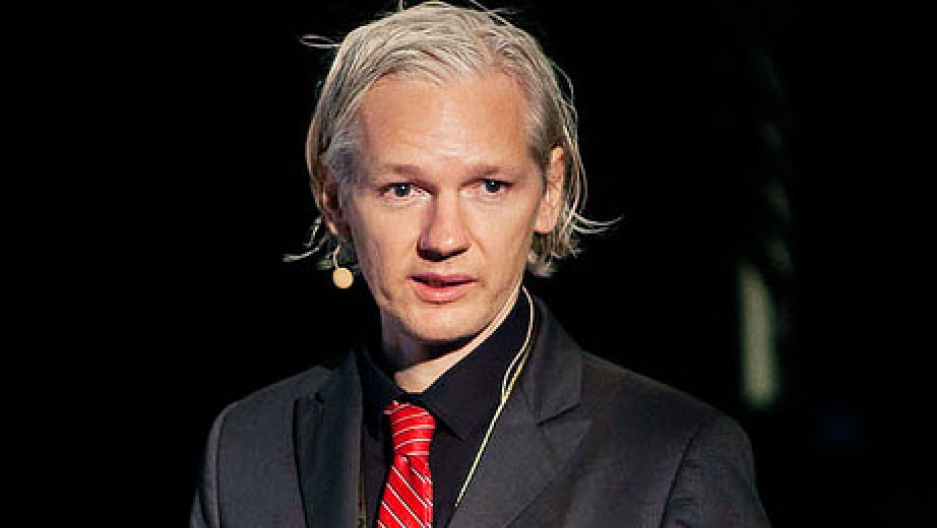 Story from To the Best of Our Knowledge. Listen to audio for full interview.

To the Best of Our Knowledge's Anne Strainchamps was granted an exclusive interview with Wikileaks founder Julian Assange, currently under house arrest in London. Assange does not have access to high speed internet, or the best in phone lines, and had to conduct this interview via cell phone, outside on a windy day.

In the interview, he spoke at length about information's role in democracy, and how government censorship is sometimes an opportunity. "Censorship is a signal that an organization or a government is fearful about reform effects of information release," he said.

The relatively low level of censorship in Western countries doesn't mean the governments have nothing to hide, he cautioned.

Assange also claimed that Wikileaks played a role in the Arab Spring uprisings by releasing US diplomatic cables that revealed corruption and human rights abuses in countries like Tunisia.

"It's not that Tunisians didn't strongly suspect that the Ben Ali regime was corrupt," he said. Rather, it was the degree of personal details given by US ambassadors that made it completely undeniable to the United States, and to other Western countries, that the Tunisian regime was corrupt."

He asserts the cables reflected the US government's lack of favorable support for the political body in Tunisia, and that if, "push came to shove, the United States would not intervene with a military coup."

These factors, along with the self-immolation of fruit seller Mohamed Bouazizi, sparked the protests in Tunisia and the other Arab Spring countries, he said.