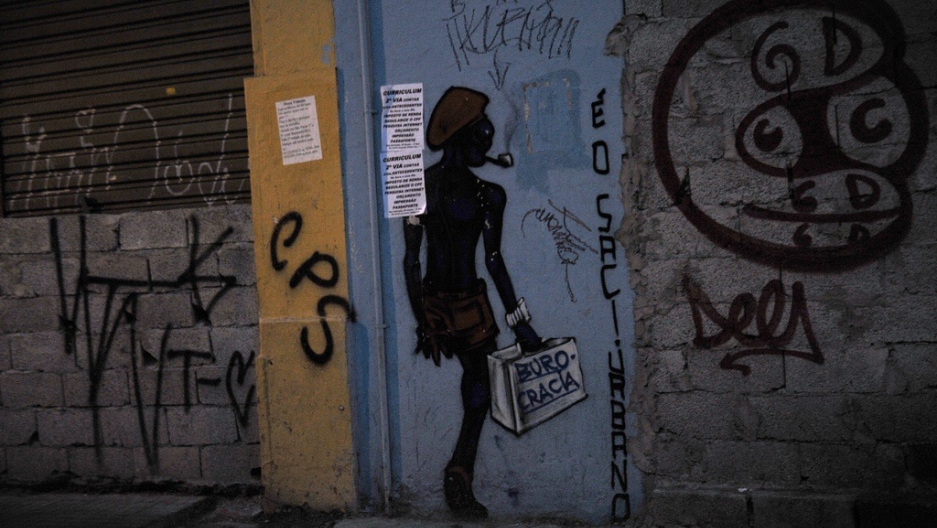 FRANCISCO DEL ROSARIO SANCHEZ, Dominican Republic — Dominican drug rehab centers are struggling to keep up with a rise in crack and cocaine addiction, a consequence of the country’s decades-long role as a transshipment point in the international drug trade.

Although drug use is still relatively low in the Caribbean country, recent years have brought a surge in addicts, as cocaine and crack have become more prevalent, officials said.

“We’ve seen the establishment of micro-trafficking networks of drugs. That’s been spreading around the country in recent years. The number of addicts is a reflection of the fact that there’s more drugs and the price dropping,” said Mabel Feliz Baez, head of the government’s National Drug Council.

More from GlobalPost: “Legalize it” lobby gains strength across Americas

The rise in consumption coincides with the country’s emergence as a coveted way station for South American cocaine on its way to the United States or Europe. Around the world, countries that once served as transshipment points are experiencing growing drug consumption problems.

The Dominican Republic is no exception. With its proximity to Puerto Rico and the United States and a history of corrupt politics and weak policing forces, it has served as an important stopover for traffickers.

Shipments come by sea, by land from across the porous border with Haiti and, until recently, by air. Hundreds of small planes each year used to buzz over rural Dominican towns, dropping tons of cocaine into fallow fields to be trafficked. The government eliminated drug flights by purchasing combat planes from Brazilian aircraft company Embraer. But the effects of those drug bombings are still being felt.

Drug traffickers paid mules who collected the drug bundles with a small portion of the cocaine, officials said. Dominicans dealers then created "puntos" – drug sale points – that crept up around the island. The proliferation of those puntos brought cocaine to places where it was rarely before seen.

“When I was young, nobody had ever seen cocaine. Now, you can get it pretty much everywhere,” said Merejildo Acosta, 45, who turned from an occasional pot smoker to a full-blown cocaine addict a few years ago. “The puntos are everywhere, but they just look like other businesses. The one I used to buy from had an old lady in front at the counter. But in the back, it was a young guy selling cocaine and crack.”

More from GlobalPost: Why Mexican crystal meth is America's problem

Today, Acosta finds himself with 98 other recovering addicts at a rehab off a trash-strewn street under the roar of jetliners from a nearby airport. At night, they sleep in bunks on thin, stained mattresses. By day, they cram into the dilapidated house’s living room where a revolving cast of preachers tells them the only way to kick the habit is through God.

A stray dog sleeps in the kitchen where the refrigerator should be; no need for appliances — the center can’t afford cooking gas or the added cost of electricity. Donated sweet potatoes pile up on the ground. Volunteers cook cheap stews in caldrons atop charcoal fires.

And yet, “other treatment centers are worse,” said Joselyn Herrera, who inspects centers for the government. “There’s just not the money to keep up with the increasing number of patients.”

This particular center has strained due to the spike in crack addictions in the last five years, said the center’s founder, Leonardo Batista.

“Here in the Dominican Republic, our biggest problem today is with crack,” said Batista, an admitted former drug dealer in the Bronx who found God in prison before being deported and opening the facility. “I would estimate that 90 percent of the people we treat, the young women and men that are coming for treatment, have an addiction to crack.”

The numbers for other centers around the country are not as high, but a check of the government’s database of treatment centers found that more patients are admitted for crack addiction than for addiction to any other substance.

On the streets, a crack rock can be had for as little as 50 pesos, about US$1.25, recovering drug addicts said. “That’s for something that’s mixed with a lot of baking soda,” said Jose, who declined to give his last name.

It’s a cheap high in a poor country. “Some of it is really bad stuff. But you can fly,” Jose said.

A drug use survey of 6,180 people between ages 12 and 65 conducted earlier this year found 0.4 percent of the population had tried crack and 1.1 percent had tried cocaine in the previous year. The worldwide range for cocaine use was between 0.3 percent and 0.5 percent, according to the U.N. 2011 World Drug Report.

Feliz, head of the drug council, said the numbers suggest the Dominican Republic has little time to get ahead of the problem.

“We’re at an incredibly important point: either we are able to control this now or drug consumption is going to overwhelm our society,” she said.