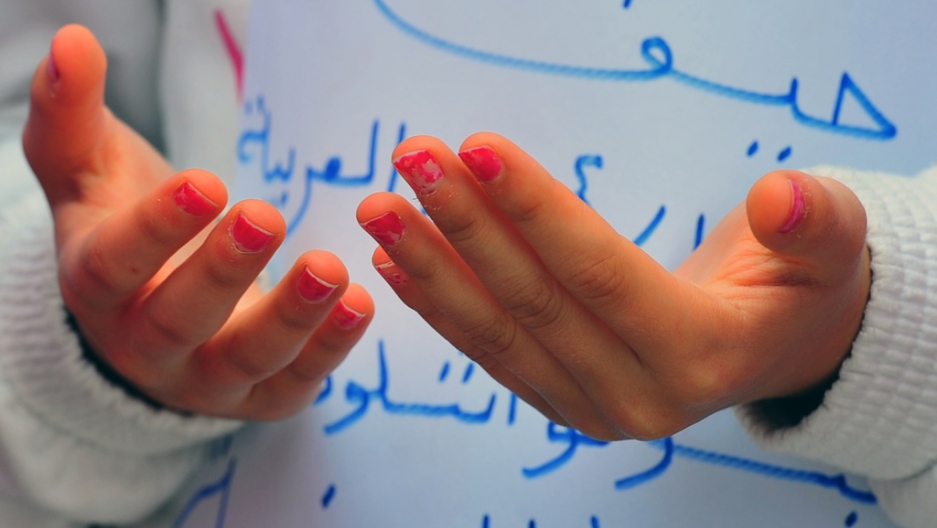 BEIRUT, Lebanon — Mirrors to blind snipers in the midday sun, or shoot video around a wall from where gunfire is erupting. Fake IDs used by activists to get close to security forces and film them as they beat citizens.

Laptops charged from car batteries in a city under military siege, where electricity is often cut for a week or more at a time. Organized flash protests that are recorded and disperse before the Assad regime’s thugs can respond.

These are some of the tactics that have evolved among Syria’s street protesters as they continue to escalate their defiance during a now five-month-old uprising that has so far succeeded, against many predictions, in maintaining itself through a brutal security crackdown unleashed by one of the world’s most repressive regimes.

From simple beginnings as a few hundred, banner-wielding tribesmen and farmers demanding reforms in the southern city of Daraa, Syria’s uprising has developed into a multi-faceted campaign of nationwide civil disobedience, which is threatening to unseat a four-decade old dictatorship founded on the enforced stability of security and secret police.

The movement has won the praise of the world’s leading authority on nonviolent resistance, Dr. Gene Sharp, a professor at the University of Massachusetts whose books on transforming dictatorships into democracies have been read by revolutionaries in Cairo’s Tahrir Square as well as the activists driving the Syrian uprising.

“Despite all kinds of provocations the Syrian people have maintained their nonviolent struggle and they have continued for a long time without as yet clear or final results,” said Sharp.

“They have continued to struggle despite all the odds and this clearly shows the Syrian people are in charge and not the regime. … Now the Syrians are demonstrating that they are a people writing part of the history of liberty throughout the world. Final victory is not yet won but that unlikely result is still possible.”

The Syrian uprising is now a nationwide, organic movement, lacking prominent leaders and working often on the ground at a purely local level, all attributes that have made it so difficult for the state security apparatus to crush.

While a comprehensive survey of all the tactics employed by protestors across the country is not yet possible, the story of how three protest centers in and around Damascus developed their strategies and responded to the regime’s use of violence, resulting in the adoption of night protests as a key, long-term, sustainable strategy, gives an insight into a movement that not only continues to defy a violent onslaught but appears to be successfully galvanizing a society long considered stagnant from decades of one party rule.

On April 22, six protesters were shot dead by security forces during a protest following Friday prayers in Qaboun, a neighborhood in northeast Damascus. In the early months of the uprising, Friday had become the crucial focus for protests, being the first day of the weekend in Syria and a time when large crowds gather to pray. Sure enough, seven days later, on April 29, six more protestors in Qaboun were shot and killed.

“We were facing a hard crackdown by the security forces so we changed our tactics,” said Ahmed, a 24-year-old student at Damascus University and a Qaboun protester.

“We decided to hold protests all seven days of the week and to protest at night because the security men are tired and don’t expect any anti-regime activities at night.”

Killers they might be, but Syria’s secret police are also government employees, which means they are used to working until just 3 p.m., after which most go home.

With weekends already cancelled, Qaboun’s protesters wanted to make sure the secret police attacking them were as exhausted as they could be.

Night protests turned the schedule of normal life into a weapon of attrition.

“I work for the government and finish my work at 3.30 p.m. I get home and have lunch and then take a nap for two hours, so by 6 p.m. I am free,” said Yasser, a 40-year-old from Kiswa, 20 kilometers south of Damascus, where the night protests have also been adopted.

“I and my friends have decided to spend one hour every day for our country. One hour from each of us puts the regime on a 24-hour alert, not only on Fridays. We have our normal life and go to work, but we want to exhaust the police and security men.”

Night protests also had the added bonus of making it difficult for security to clearly see the faces of the protesters, either on the street or on the videos published later. As early as April, secret police had been using videos of protests posted to YouTube to make mass arrests.

“So we ordered that there be no filming from the front of the protest marches,” said Alaa, a 26-year-old accountant in a private firm, who helped organize protests in Qaddam, a neighbourhood in the south of Damascus. “We asked some of our colleagues to monitor anyone filming faces and then to catch them. Security has sent young paid agents to film and spy on us.”

Banners are often now held facing backwards during protests, for the sake of the phone cameras filming the marchers from behind.

Protesting at night reduced the chance of being recognized on video, but also gave protesters an advantage over the snipers positioned on rooftops around central squares and known gathering spots. Activists said the snipers, who have killed hundreds of people, appeared to have difficulties distinguishing between the protesters and their own plain clothes secret police placed among them.

The tactic has spread across Syria, from the Kurdish-majority city of Qamishli in the far northeast to Deir Ezzour, near the border with Iraq, through the central plains and the rebellious cities of Hama and Homs and across to the coastal cities of Lattakia and Jableh and down to the southern Daraa province, where the uprising began.

“It’s also easy for us to run down narrow streets and into buildings in the darkness of night and security can’t see clearly,” said Ahmed from Qaboun.

The success and relative fewer casualty figures and arrests from night protests compared with the predictable protests after prayers on a Friday afternoon soon led activists to design what they call the “flying protest.”

“We organize a demonstration of a few dozen protesters, film it and then disappear in half an hour,” said Jameel, a university graduate unhappy with his job waiting tables in a restaurant, who has become a key organizer of protests in Qaboun.

And then, when protesting is done, there’s the all night Takbeer, the cry of “God is great” echoing from rooftops across Qaboun, Kiswa, Qaddam and other protest centers where the mainly Sunni opposition has turned to a religious tradition to infuriate and exhaust the security forces dominated by members of the secular-leaning Allawites, an off-shoot of Shia Islam.

“Between the night prayer around 9 p.m. and the dawn prayer at 4 a.m. we go to the roofs of our homes and shout ‘God is great,’” said Alaa, from Qaddam.

“This is a peaceful, nonviolent form of civil disobedience. No one can say it is against the law. When we do that we really bother the security men who begin to shoot into the sky to try and drown our takbeer by bullets and fireworks.”

In Hajjar al-Aswad, a suburb to the south of Damascus, the repeated cries of the takbeer in early June drove the local security forces to such distraction that their commanding officer pleaded with local leaders to make it stop, according to Iyas al-Maleh, an opposition figure.

The takbeer, a tactic also used during Iran’s Green uprising, which apparently is still ongoing, is likely to become all the more potent through this month of Ramadan, where observant Muslims fast during daylight hours, often staying up until the early hours of the morning socialising and eating, whereas Allawites generally do not fast.

Such communal, nonviolent tactics appear to have galvanized the protest movements in all three neighborhoods in and around Damascus. By July 8, Qaboun’s residents got together to hold the largest protest to date inside the capital city itself. A week later, they did it again.

“We are more organized now,” said Abu Ammar, a 30-year-old protestor at the time.

“There are some people who write the banners, some film and some protect state buildings from vandalism, which could later be blamed on the protesters. Our women are with us and we are not afraid for them. The army and security men fire tear gas and live ammunition at us and we keep walking.”

By that date, a member of the Syrian Revolution Coordinators Union (SRCU) in Qaboun, a local activist network, said protests had been going on daily in Qaboun for the past 51 days.

On June 17 Kiswa held its largest protest, with about 15,000 people, carrying a giant Syrian flag in response to one borne earlier in the week by pro-Assad demonstrators in Damascus. The following Friday they did the same thing and came under fire, which led to the death of a 13-year-old boy.

“The security forces abuse and humiliate us so we punish them, but in a nonviolent and peaceful way,” said Yasser from Kiswa.

“For this reason our uprising will succeed because we make their life hard and they cannot continue for another two or three months. But we can continue for years with these tactics.”

For security reasons, the identity of the journalist inside Syria who contributed to this report has been witheld.