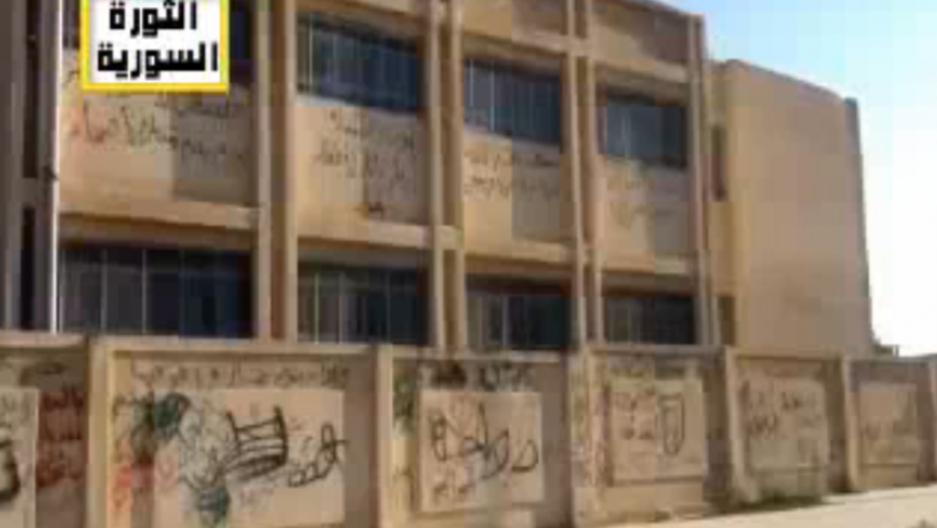 ‘Topple the treacherous Assad’. A video on Youtube shows the graffiti which sparked the Syrian uprising.
Share

As GlobalPost reported in April, Syria’s uprising began when school children sprayed graffiti on a wall in the southern city of Daraa calling for the downfall of the regime. Their arrest and torture lit the spark for escalating protests that have engulfed Syria for the past five months and now has global powers calling for an end to the four-decade dictatorship.

Read: Syria: how it all began

Now a recently uploaded video claims to show that school in Daraa where the uprising began. As the video pans across, it shows the walls of the school now covered in anti-regime graffiti with messages reading, ‘Down with the corrupt regime;’ ‘Freedom freedom,’ ‘ Bashar is the dog of Iran,’ ‘Death but not humiliation,’ ‘Get out Bashar child killer,’ ‘Topple the treacherous Assad’ and ‘With blood and our souls we support you Hama.’

Interestingly, towards the end of the short clip, as the camera pans to the left of the school gate, a short piece of graffiti can be seen reading, ‘No to Arour and no to Bashar.’

Arour was reportedly a former member of the Syrian Muslim Brotherhood who fled the crackdown on the group in the early 1980s and has used his platform
to promote an Islamist agenda with regards to the Syrian uprising, which the people of Daraa appear to have been keen to reject.