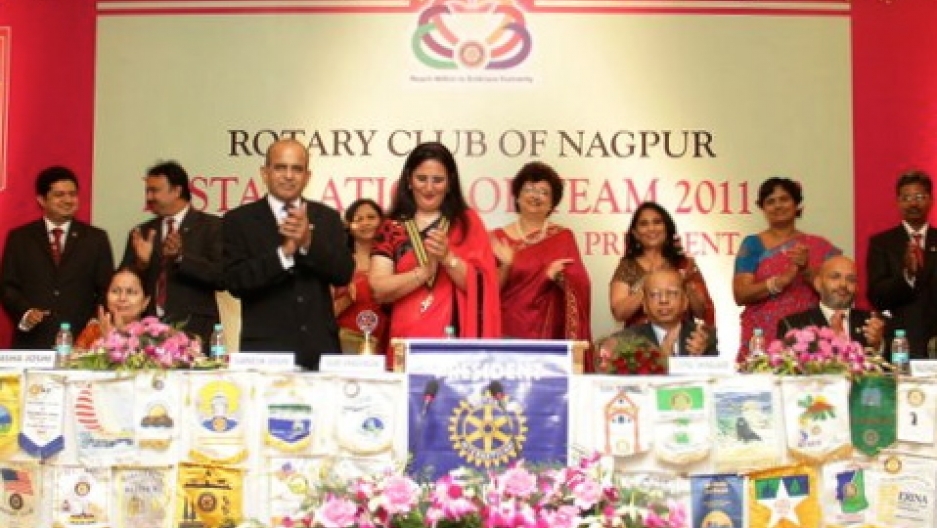 While visiting Abu Dhabi, John Gravois, editor and writer for Washington Monthly, heard about a meeting that sounded unique to him -- a local conference of Toastmasters. Toastmasters is a civic group like the Rotary, Lions, Kiwanis and Shriners, all of which started in the US in the early 1900s.

"I thought I'd found the only one," Gravois said, recalling the Toastmasters' meeting he attended. "And then they tell me that there are seventeen. Seventeen chapters in Abu Dhabi, which is a city about the size of Milwaukee -- it's not a big city."

The participation in Toastmasters intrigued the journalist, and he set out to understand what was at work. "In America, membership in these groups […] has fallen off dramatically since about the 1970s," says Gravois. But the decline clearly was not international.

In his research, Gravois found that membership in civic groups has risen significantly over the last ten to twenty years in countries like South Korea, Nigeria, Pakistan, India and Indonesia. In South Korea alone, Rotary membership has grown by 60 percent in the last 10 years, and now boasts 60,000 members.

Gravois believes that the reason the clubs are popular abroad is the same reason they were once thriving in the United States. He noticed that "many of them seem to be growing very robustly in India, in China -- places where the economy is booming -- places where rapid urbanization is taking place."

The clubs began during the shift from an agrarian to an industrial economy in the US. "All sorts of people were flooding into these economic cauldrons, and the social ties that had sustained people generation after generation on the farm, were either not very useful to them in this new environment, or they were just torn apart by the migrations," says Gravois. "It was valuable to Americans then, and I think it's valuable to Indians now."

The clubs also provide a means for practicing English skills and sharing knowledge of business culture. According to Gravois, Toastmasters was originally started "to help tongue-tied young men to get over their fear of public speaking." For non-native English speakers, this can be uniquely useful. "It can be just a safe place to practice your, kind of, 'office English' in a room where you don't have the vice president eavesdropping," explains Gravois.

"It's also kind of a finishing school in all these little rituals and mores that I don't think we as Americans realize are so culturally specific," Gravois adds. "But they kind of make up the business culture that now has traveled from the US to boardrooms all across the world."