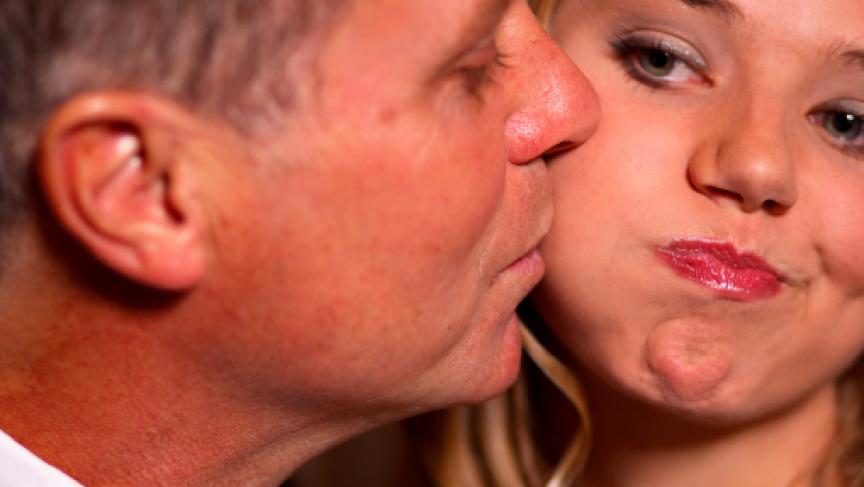 A kiss is a common form of greeting, but keep it out of the workplace says the German Etiquette Society.

A kiss on the cheek is a common form of greeting in some countries. In some places it's two kisses per greeting, in some, it's three. A group in Germany thinks there's no need for that in the workplace.

The German Etiquette Society wants to ban bussing in the office, claiming the practice is a "form of terror." While that's a strong statement, Hans-Michael Klein, chairman of the group, says its appropriate.

To be kissed by the boss, colleagues and others in greeting is a practice that started recently, according to Klein, and isn't part of German culture.

"You know that in South America, it's part of the culture, and in France and in Spain as well," he said. "But not in our culture. We have a social distance zone of 60 centimeters, to say 'hello' for instance, and shaking hands. But you can't kiss with 60 centimeters."

Studies that look at social behaviors in different cultures can provide some context, says Klein: "For example, in South America, you get kissed every day, every second. You get touched 60 times within one hour. There are scientific studies that say 60 times an hour in South American, 10 times in the US, and zero -- not a single time -- in England."

"I love to get kissed in South America -- I do it as well," Klein added. "But I never do it in Germany."