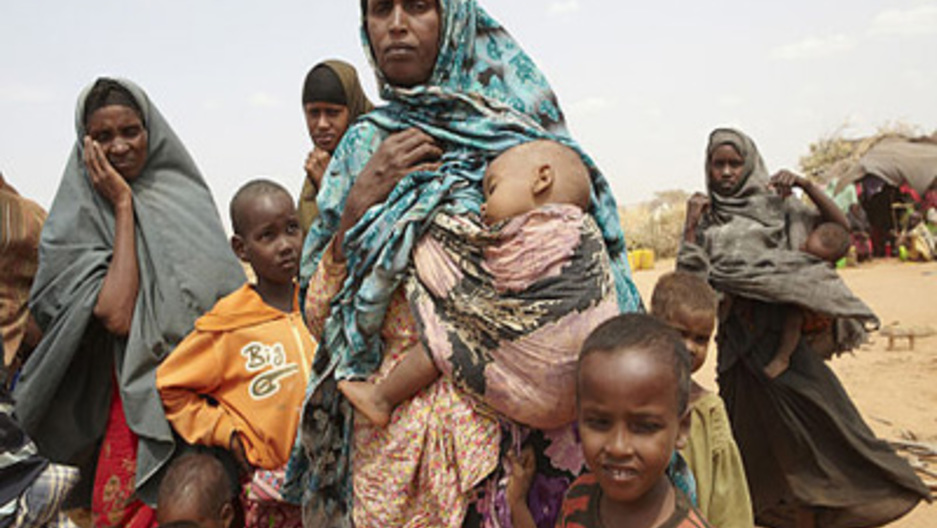 Ambia Mohammed is left struggling to look after her grandchildren in the wake of famine after the children's mother died while escaping Somalia. (Photo: Andy Hall/Oxfam through Wikimedia Commons)

The crisis in Somalia continues, with drought and famine plaguing the country and millions of refugees fighting for survival. The U.S. has approved $565 million in humanitarian aid so far this year. But our involvement in Somalia does not stop there.

According to an article in The New York Times, the U.S. has quietly been stepping up clandestine operations inside Somalia, training Somali intelligence operatives, interrogating suspects, and sending $45 million in arms to African soldiers and private security companies to fight against the Shabaab, an al-Qaida aligned militant group -- even though Shabaab's forces have been in decline after being heavily affected by the famine.

Many of the American forces on the ground are either undercover CIA operatives or employees of the American military consultant company called Bancroft, reports Jeffrey Gettleman, chief of the New York Times East African Bureau. Technically Bancroft is paid by the African Union, but that money is provided by the U.S. government.

The hired guns and undercover operations are indicative of the U.S. government's desire to help the Somali people, but also a wariness of direct intervention.

"That way they don't expose any American personnel to the dangers and chaos of Somalia," Gettleman said.