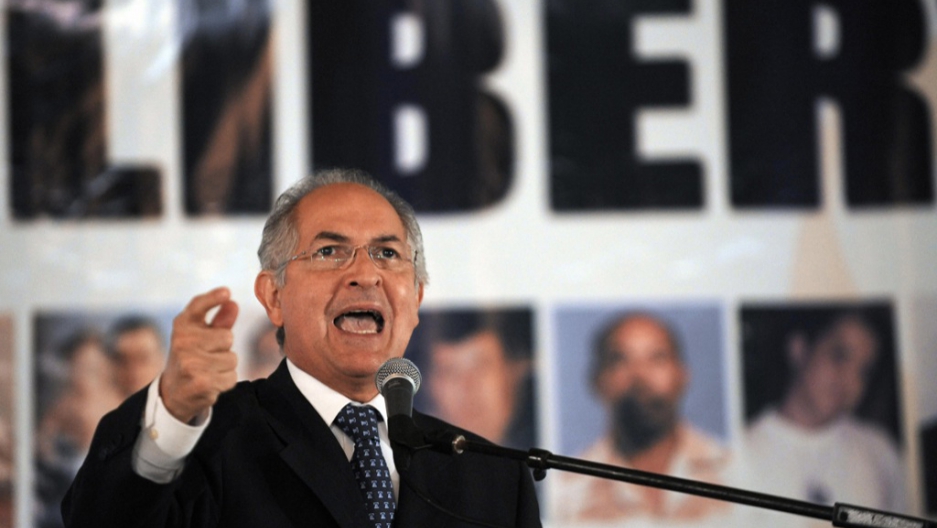 Ledezma was elected mayor three years ago, but the Chavez government has turned him into a figurehead by taking away nearly all his responsibilities and budget and by appointing a rival politician to administer Caracas.

Chavez “is a president who ignores the constitution, tramples on the rule of law and tries to undermine popularly elected officials,” Ledezma told GlobalPost from the backseat of his armored SUV.

More from GlobalPost: Hugo Chavez, the boy from humble beginnings in Sabaneta

Like Ledezma, mayors and governors across the country — including some pro-government officials — have been effectively marginalized by national authorities named by Chavez as part of his broader vision to centralize power.

Political analyst Luis Vicente Leon calls it a parallel system in which the national government “expropriates” duties and responsibilities once carried out by state and local officials. “They take away hospitals, police, firefighters, highways and airports,” Leon said.

“What happened to me was an injustice carried out by a president who can’t stand to lose,” Ledezma said. “This has happened all over Venezuela. That means you have to use your imagination and creativity to govern.”

These days, Ledezma’s only duties include environmental planning and recreation. Getting anything done requires passing the hat for donations among the private sector and enlisting the help of neighborhood volunteers.

That was how his crippled administration managed to refurbish a basketball court in a Caracas slum. When Ledezma showed up to inaugurate the facility, he proved he’s no Michael Jordan by missing eight consecutive free throws. But a crowd of supporters clapped and urged him on.

Persistence usually pays off for Ledezma, a 56-year-old conservative who served as mayor of Caracas in the 1990s.

He was expected to lose the 2008 mayoral election. Instead, he trounced a Chavez loyalist. Since then, Ledezma and his staff have faced physical abuse and legal roadblocks as they try to run Caracas, a chaotic, crime-infested city of 5 million.

A few months after Ledezma took the oath of office, the pro-Chavez National Assembly passed a law stripping Ledezma of nearly all his budget and responsibilities. Ledezma protested by staging a weeklong hunger strike, to no avail.

City treasurer Hector Urgelles says Ledezma lost control over the city’s hospitals and schools as well as the police and fire departments. They’re now run by a Jacqueline Farias, a Chavez appointee, who has become the de facto mayor of Caracas.

“Farias has the money and the power,” Leon said. “She is the real mayor of Caracas.”

Ledezma insists that Caracas residents still consider him the legitimate mayor. Yet he’s not even allowed inside city hall. Soon after Ledezma was sworn in, pro-Chavez thugs occupied the ornate, colonial building, painted graffiti on the walls and urinated on the floors.

“It was very, very difficult,” said city employee Maria Valero, who recounted stories of harassment from pro-Chavez mobs. “People insulted us. One day we had to (leave) very quickly because they were going to hit our car with sticks.”

For the safety of his workers, Ledezma moved his base of operations to a Caracas high-rise while Farias, the Chavez appointee, occupied city hall. But that’s created confusion among city residents as they try to figure out who is in charge of what.

Tracking down Ledezma can also be difficult. His new headquarters occupy several floors of a nondescript Caracas high-rise about a mile from city hall. Due to the drastic cut to his workforce, most of the offices are empty. But Ledezma refuses to mope.

“My real office is the street,” he said. “We’re not worried about recovering an office or a desk or a building. We want to recover democracy for Venezuela.”

Ledezma’s diminished role means he has more time to pursue his ultimate goal. Although the Venezuelan elections are 16 months away, Ledezma has launched his campaign for the presidency.

It won’t be easy. Ledezma must first win a February primary among opposition candidates and he’s trailing in the polls. If he does pull off a primary victory, Ledezma would likely face his long-time nemesis — President Chavez — who is expected to seek re-election if he fully recovers from recent cancer surgery.

Still, Ledezma is used to being the underdog. And as he proved to the crowd gathered around him at the free-throw line, he’s got stubborn streak. The mayor kept taking errant shots … until he finally put the ball through the hoop.