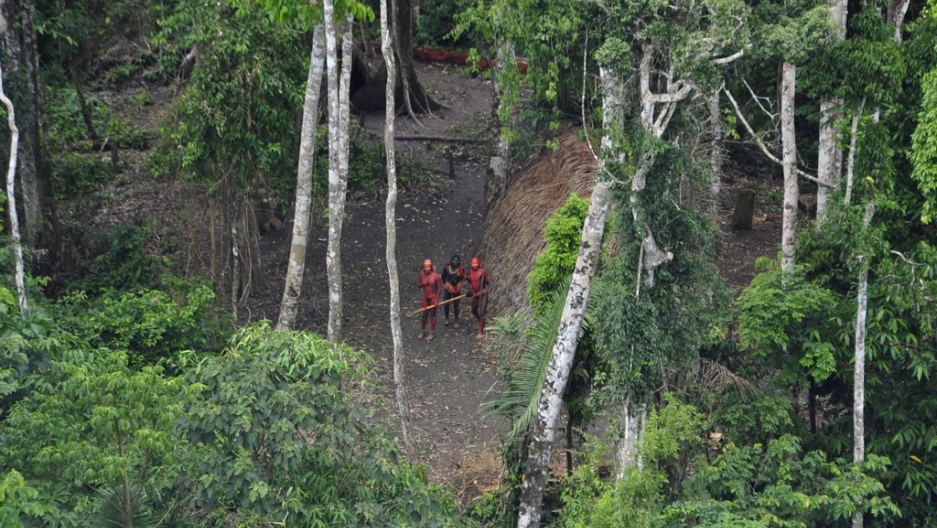 CNN has an update today on the uncontacted Amazon tribe that recently went missing.

Officials still haven't been able to locate the tribe, CNN says, and cannot say whether the Indians were run off by a group of suspected drug traffickers.

Brazil's National Indian Foundation conducted an overnight flight of the tribe's huts, but did not spot anyone. When the agency flew over the area in the past, villagers appeared frightened and armed themselves with longbows.

The huts and crops were still there and appeared untouched, agency spokesman Bruno Perez told CNN.

The aid group Survival International reported this week that suspected drug traffickers attacked a government-run guard post near the tribe's lands. There has been no sign of tribe members since the attack.

The tribe was first photographed from the air three years ago. Earlier this year, the BBC aired the first video footage of the tribe, which is one of 14 uncontacted settlements in the region.

It is the policy of the Brazilian government not to contact tribes that still are isolated from the outside world.

More from Que Pasa: Photos of the missing tribe