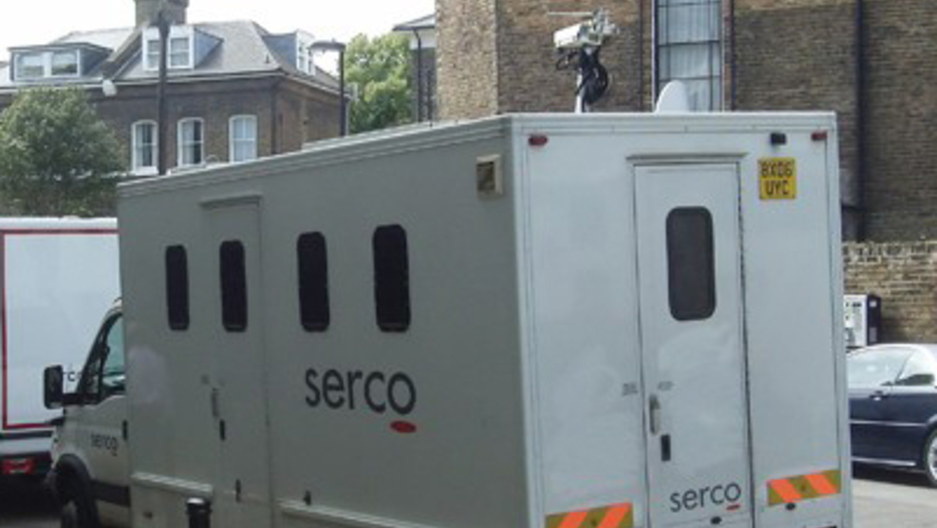 Police vans race up and down the road in front of the Magistrates Court in the borough of Islington as officers continue to arrest hundreds of suspects.

Many of them are being brought to the courthouse -- so many that the judges sat through the night last night and will again tonight just to process all of them. This is the first glimpse of the people in custody who stand accused of burning buildings and cars, looting shops and assaulting those who got in their way.

Wednesday, British Prime Minister David Cameron stated the obvious as he vowed to fight back.

"There are pockets of our society that are not just broken, but frankly sick," Cameron said. "When we see children as young as 12 and 13 looting and laughing, when we see the disgusting sight of an injured young man with people pretending to help him while they are robbing him, it is clear there are things that are badly wrong in our society."

There was evidence of that on the courthouse steps Wednesday. A distraught mother yelled at photographers as they took pictures of her 11-year-old son.

He had just pled guilty to looting after spending a night in custody. His slight frame was just visible as he sat in the dock.

The boy admitted to stealing a $75 garbage bin from a department store after the windows had been smashed by others. It happened late on Monday night as the violence spread across London.

The parade of people marching through the courtrooms Wednesday revealed a diverse group. There was a 31-year-old man who works at a primary school, a student and a convicted drug dealer.

They and others came from different ethnic backgrounds. Still, the focus remains on young people and that is why Georgina Ohoru showed up another courthouse to offer them her support.

Ohoru told reporters it's past time to find answers for England's dispossessed youth.