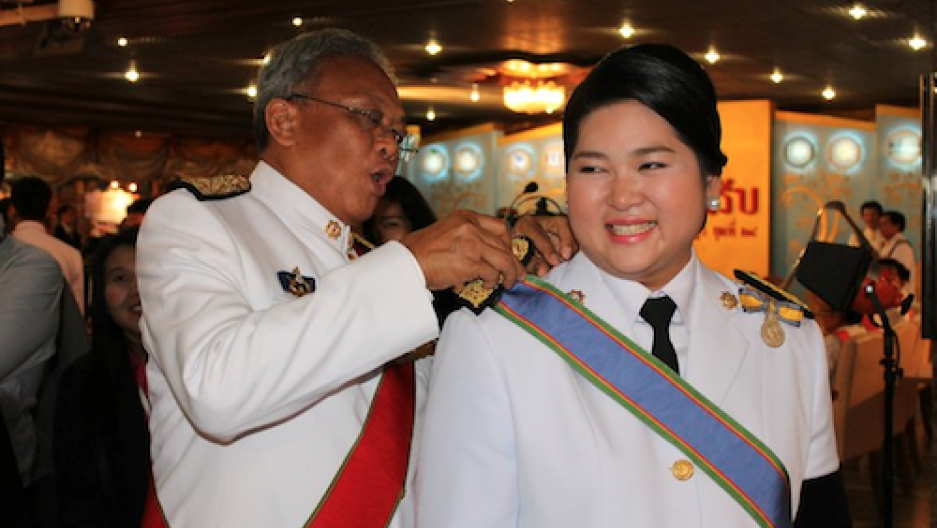 Presumably, this is not a nickname earned through late-night college carousing or a inside-joke moniker known only to a tight circle. This is her most commonly used name. It's even posted on her Facebook page.

Those familiar with the baffling English-language words adopted as Thai nicknames won't read much into this. I wouldn't even be surprised if Beer doesn't like beer.

A Thai person's actual first name is often very grandiose sounding, many syllables long or both. Even the most casual acquaintances are invited to use a person's designated nickname or, directly translated from Thai, "fun name."

While on assignment, I will routinely encounter Birds, Ants and Frogs. I recently interviewed a Thai militia captain, Pig, and his wife, Chicken. If you search my name in the Global Post archives, you can find a guard dog named Pepsi, a monk named Gold and a 17-year-old boy who is also named Beer.

While we can't assume Minister Beer's nom de fun suggests anything about her personality, let's hope it's the mark of someone less self-righteous than her predecessors.

Previous culture ministers have busied themselves with regulating what tattoos foreigners can acquire in Thailand and the non-existant threat of nude planking among Thai teens.