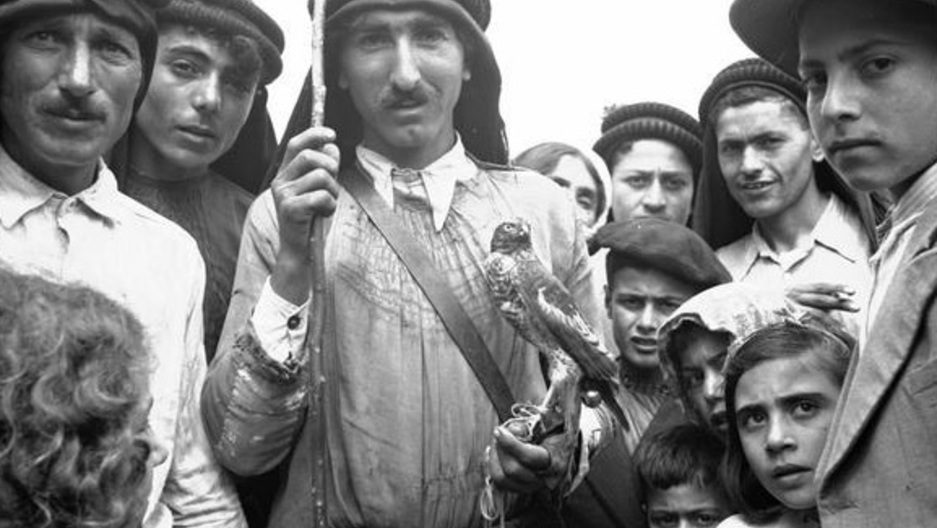 Share
Protestors hit the streets almost every day in July, all across Syria. On one day last month, an activist who wanted to be called Ahmed, said another anti-regime march was held in the town of Qatana. The protesters were mostly Sunni Muslims, but with a mix of other religions. Ahmed said everything was peaceful until pro-government protesters showed up. They were largely from Syria's minority Druze community, he said, trucked in from nearby villages. Ahmed said that's when the problems began, and the rocks started to fly. Ahmed said plain-clothed Syrian police attacked the Druze to stir up sectarian strife. But pro-government Syrians said it was the demonstrators, whom they call "Muslim Extremists," who attacked the Druze. Walid Jumblatt, the major leader of Lebanon's Druze community, was alarmed when he heard about the violence. Jumblatt is no stranger to sectarian conflict — he led the Druze militia during Lebanon's 15 year civil war. He admitted the Syrian Druze are in danger of being manipulated. "The Druze cannot, as a small minority, (do anything) but to live with their brothers in Syria," he said, "and be Syrian citizens, and be with the majority, which are Sunnis." Druze only make up 2 percent of Syria's population. So, Jumblatt was even more concerned when rumors spread that the Syrian Druze had asked their co-religionists in Lebanon to send them weapons. He said the rumor is false, but it does suggest that Druze fear is real. Jumblatt said he encouraged President Assad to speed up his reforms and to keep the Druze out of the conflict. "I don't want the Druze of Syria to be used as scapegoats," he said. "And after all we are just a very small minority, less than 500,000 scattered between Syria, Lebanon and Palestine. Living in this sea of Muslims, be it Sunnis or Shiites, we cannot afford to have any challenge. We should accept that we are a minority, but part of a whole ensemble." The Assad regime has long emphasized its ability to keep the peace between the Sunni majority and the Christian, Druze and Alawite minorities in Syria, while Iraq and Lebanon burned with sectarian bloodletting. Ahmed, the activist, said minorities like the Druze in Syria are torn, between joining the anti-government demonstrations and keeping their heads down. And he can't blame them. "They were living for the last five decades under an oppressive regime," Ahmed said. "But at the same time it was also secure; they felt safe." Christians are another minority who felt safe in Assad's Syria. They make up around ten percent of the population. A Christian activist, who asked his name not be used, said the regime is using rumors and disinformation to scare minorities away from participating in protests. "The government spread news that this is a Sunni revolution. And when they will take the rule in Syria they will kill and depart all the minorities. And they will suffer from that," said the activist. "So it's the main tool the government uses. For the minorities to be afraid from the Sunnis." The activist said the government has ordered Christian priests to deliver sermons against the revolution. But he said some Christians, like himself, have been participating in protests, with more and more joining in the past two months. He said he's been welcomed by the largely Sunni protesters. "When protesters discovered that I'm Christian, and from Christian area," he said, "They cried. Some hugged me. They were saying, like, you are from good origin. They didn't believe that some Christians are involved in this." He said Muslims have welcomed Christians into Mosques so they wouldn't be exposed to the brutality of the security forces on the street. At the same time, he said there isn't an organized Christian presence at the protests, just individuals. That's because the Assad regime has been sowing the fear of sectarian strife for years, and it's hard to shake, especially for the older generation. Rima is a Syrian Christian who only wanted to use her first name. "What really surprise[s] me among some Christians is they are so eager to believe the official narrative and story," Rima said. "I had a big argument with one of my uncles, because he is very pro -regime. And I told him I understand, but on the humanitarian level, you cannot justify what's been happening." Rima said the older generation seems to be growing more sympathetic to the uprising as the government-orchestrated violence increases. At the same time, another Christian who asked to be called George said the government's fear-mongering may be working. What George sees is a situation where Christians are afraid of chaos. And Sunni Muslims, in turn, distrust Christians and Druze because those groups on the whole aren't joining the protests. "The situation is not easy as some think," the activist George said. "The Americans have been trying to spread the freedom, but we've seen the model of freedom in Iraq. So as minorities we don't feel safe. That's why we fear the regime being toppled." "Where do we go if Syria falls apart? Go to Turkey? They don't even speak Arabic there!" George asked. Rami Nakle said he isn't worried. He's a Syrian activist based in Beirut. He was born into the Druze religious sect, although he's secular. He said regardless of the consequences, bringing down Bashar al-Assad would be worth it. "No matter what comes after him at least we will put our first foot in the step of development. If we manage to change it, we can change and reform any system that will come after him," Nakle said. But analysts point out that unless the heavily populated urban areas of Damascus and Aleppo join the uprising, the dreams activists have of a time after Assad, or the fears some have of that time, will never be known.