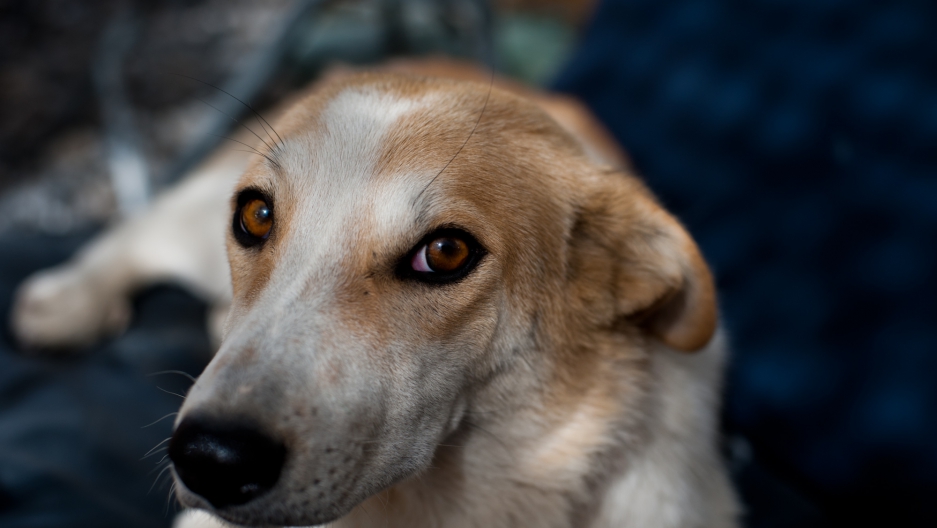 Giselle is much healthier than most of the stray dogs that soldiers adopt in Afghanistan.
Credit: Ben Brody
Share

At combat outposts in Iraq and Afghanistan, soldiers often adopt a stray neighborhood dog or two. They provide a huge morale boost for the soldiers there even if they're ornery, diseased and mangy, as the dogs often are.

In Kandahar City, Giselle is the exception — she is healthy, friendly and affectionate.

Soldiers from Apache Troop, 1-10 Cavalry, keep Gisele at their small outpost in the northern part of the city. About the size of a Jack Russell terrier, she trots along with soldiers on patrol every day.

More from GlobalPost: Is this the real story of how bin Laden was found?

Apache Troop inherited her from the previous tenants of Combat Outpost 9-1, who took her to a military vet at Kandahar Airfield to get her shots.

"The guys leaving tried to take her with them, but she refused to leave the COP," said Staff Sgt. Bill Godfrey. "She just falls in with whichever soldiers are staying here."

Giselle leads the way back to Combat Outpost 9-1 in Kandahar City after a patrol in the mountains.

While soldiers rest at an Afghan police station, Giselle drinks out of a water bottle.

Giselle is constantly underfoot at Combat Outpost 9-1 - soldiers there have to be careful not to step on her.

Giselle usually follows in one of the soldiers' footprints - a good way to avoid land mines in Kandahar.