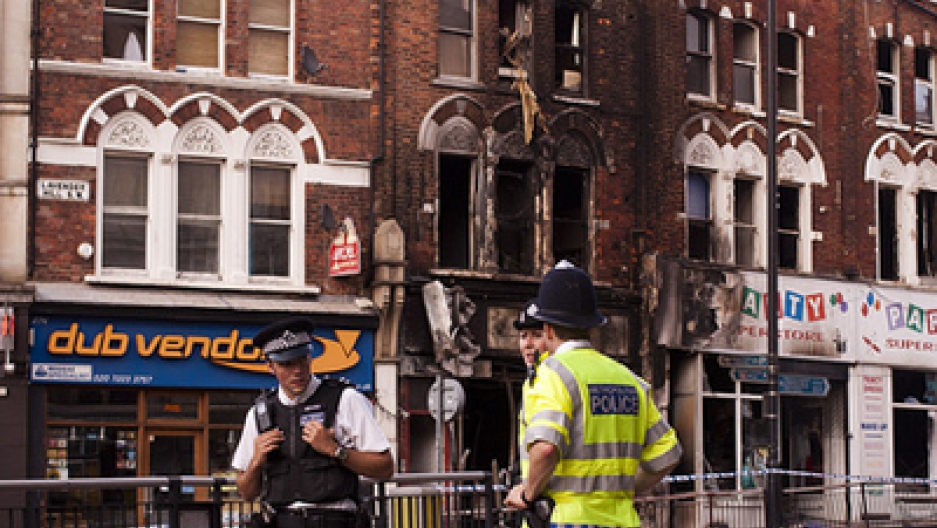 "When we see children as young as 13 looting and laughing, it is clear there are things wrong with our society," said a disgusted Prime Minister David Cameron outside 10 Downing Street this morning.

London was relatively quiet last night as an additional 10,000 police officers were deployed around the city after three nights of violence, looting, and arson. However, violence spread to other major cities including Manchester and Birmingham. Three men were killed in Birmingham when they were hit by a car in violence there.

When Ravenscroft asked why he was there, the young man replied: "It's not alright ... but it's just cause everyone else is doing it."

The riots were sparked by a police incident in the neighborhood of Tottenham last weekend, after a peaceful protest over the police shooting of a young black man turned violent.

"This is the first generation since the Great Depression that have doubts about their future," he told the BBC.