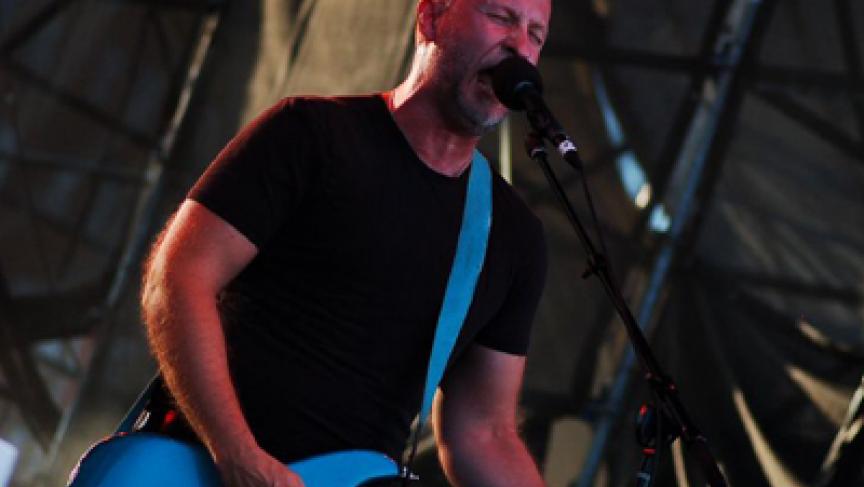 There are a lot of modern ideas that we take for granted today. Social networking, broader acceptance of homosexuality, musical innovation -- all these concepts required a lot of elbow grease when Bob Mould was younger. But in the 30 years since Mould first broke into the music business a lot has changed, and arguably changed for the better.

A singer-songwriter, Mould began his career with the influntial Minneapolis punk rock group Hüsker Dü. Before the days of Facebook and Twitter, acquiring a fan base and encouraging the growth of the punk rock scene took a lot of on-the-ground work.

"It was a lot of hard work," Mould said, recalling the toil of Xeroxing posters, scouting venues, and building interest for Hüsker Dü. Mould said the information and experience he gained in that time was invaluable.

"When you knew that you found like-minded people, kindred spirits, you share that information and help those bands out," Mould said.

Eventually, though, Mould parted ways with his punk-rock past to find his own, unique musical voice that would be the basis for his next musical project, Sugar.

"In the wake of Hüsker Dü, I was very isolated and left to my own devices to create a new sound," Mould said. "When I walked away from [Hüsker Dü], instinct told me don't try and do it again. Do something different."

For the earlier part of his career, Mould, who is now openly gay, felt he had to "compartmentalize his sexuality" in order to succeed as a performer. Mould felt that the predominant perception of gay men as flamboyant would color his music in the wrong light.

"I didn't want to be singing gay-specific music. I wanted a universal audience," Mould said.

Mould's new book is titled, "See a Little Light: The Trail of Rage and Melody."