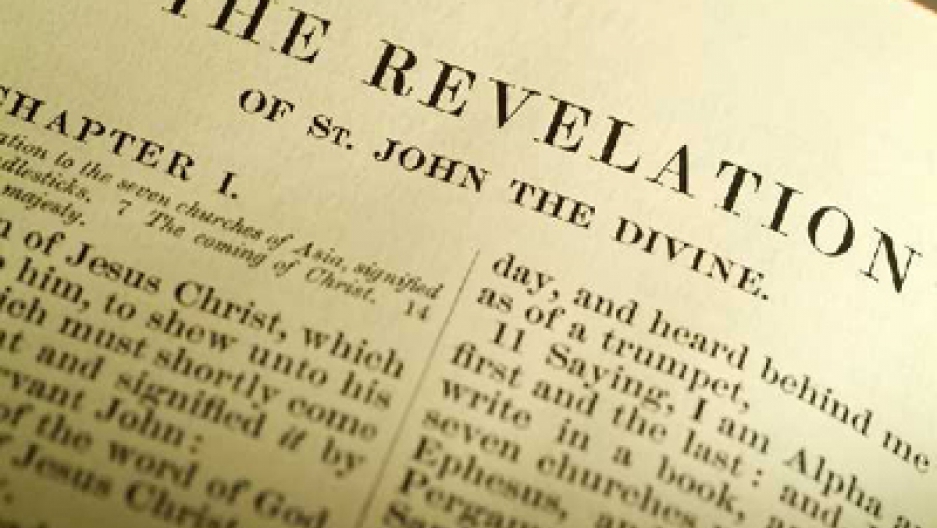 The Book of Revelation was written by St. John the Divine in the first century (Photo courtesy of Wikimedia Commons)

Story from To the Best of Our Knowledge. Listen to audio above for full report.

The Book of Revelation is unlike any other book in the New Testament. Its apocalyptic, vivid imagery shares little with the rest of the New Testament, which focuses mostly on the teachings of Jesus Christ. But yet it is one of the most widely read books in the Bible and has become a rallying point for many Christian sects. But where does it come from? What does it mean?

Elaine Pagels has made researching the New Testament her life's work, having written many papers on the Gnostic Gospels. She claims that the words and the purpose of the Book of Revelation is deeply rooted in the historical landscape of its time.

Paigels points out that the author of Revelation, St. John the Divine, was a war refugee who saw Jerusalem razed by the Romans as punishment for rebellion. The gruesome images of war must have colored John's writing, Paigels contends. Looking at Revelation in the context of war, Paigels notes that the writing can help people deal with conflict.

Even though Revelation holds great meaning for many people, Paigels says that the book's inclusion into the present day biblical canon was mostly driven by a political purpose. In the fourth century A.D., Athanasius, the archbishop of Egypt was determined to make a unified Orthodox Christianity. Including the Book of Revelation at the end of his version of the Bible emphasized his belief that any "heretics" that didn't believe in the true Christianity (such as those who did not believe in the institutional aspect of Christianity was necessary) were damned to Hell.

Paigels says that she has endeavored to study the New Testament not to disprove religion, but to educate people. In her eyes, blind faith is not practical

Paigels adds that when you place religion, and specifically the Book of Revelation, in a historical context "it allows people to have a much wider range of choices and reflection about how they relate to these traditions."