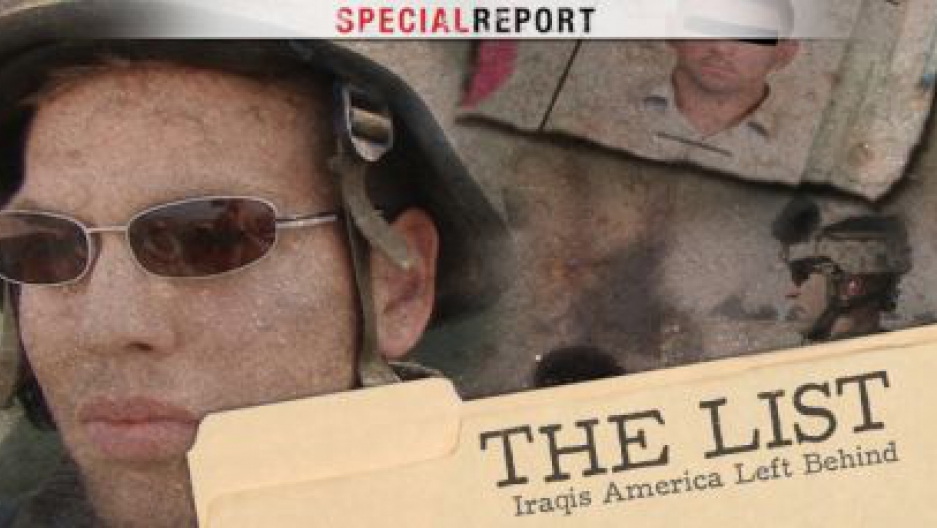 Anna Khanakeh served as translator and liaison for US troops during the Iraq War, described by her American colleagues as the “go-to person” in Northern Iraq and an invaluable member of the American mission there.

Fearing for her life, she applied for a Special Immigrant Visa through a program created under the Refugee Crisis in Iraq Act. But despite dozens of awards, commendations and recommendations from American supervisors, Anna was denied resettlement on the grounds of “terrorism,” with no additional explanation.

It is an example of one of the many bureaucratic obstacles that Iraqi employees face trying to find resettlement in America. With the help of The List Project to Resettle Iraqi Allies, Anna finally relocated to California, where she reunited with two of her sisters. However, she missed the opportunity to say goodbye to her ailing mother, who had also resettled there. One of her first acts on US soil was to visit her mother's grave.

Beth Murphy is Director/Producer of "The List," an upcoming public television documentary on this subject. This GlobalPost Special Report is a collaboration with The Woods Hole Film Festival, brought to you in part by a grant from The Cape Cod Economic Development Council.