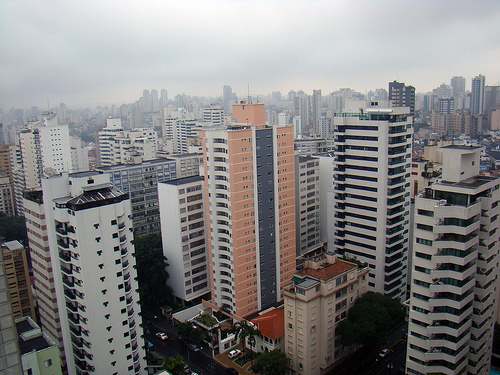 Story by Steven Bodzin, PRI's The World. Listen to audio above for full report.

In the past, when the US and European economies struggled, so did most of Latin America's. But that's changed: after the Great Recession, countries in South America have seen economic booms, growing at 4.7 percent -- much higher than the world's wealthiest countries.

This is due to the strength of Asian economies and their reliance on commodity-exporting countries, according to Jürgen Weller at the U.N. Economic Commission for Latin America and the Caribbean. Almost every country in South America is a big exporter: Chile and Peru together mine about a third of the world's copper, Brazil mines hundreds of millions of tons of iron ore a year and is the world's biggest coffee grower, and Bolivia exports tin.

In addition to the robust Asian market, South American countries have learned to manage their money. When they got windfalls from exports over the past decade, they saved up and kept budgets under control.

More state participation in the economy is another reason the Latin countries fare well, according to Abelardo Daza, a profesor at the Advanced Management Studies Institute in Venezuela. One country that seems to be doing it right is Brazil. Using its wealth from oil and other commodities to cut poverty without driving up inflation, it's lifted 20 million people out of poverty. Daza says that kind of formula will make growth sustainable.

But even Brazil may fall victim to the success of its commodity exports. The country's currency has strengthened dramatically against the dollar, making imports cheaper and inflation low. This in turn makes it more difficult for local businesses to compete, which in a worst case scenario, could potentially kill jobs in manufacturing and service industries.