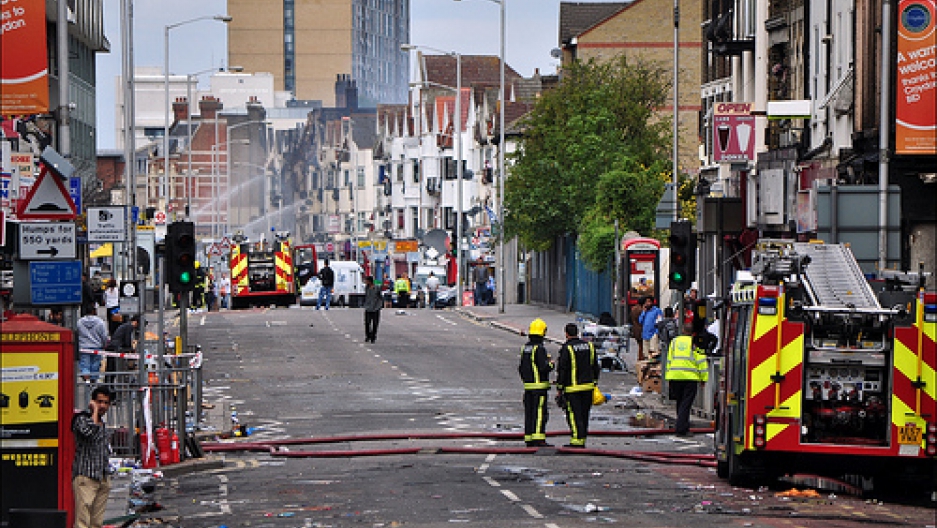 Thousands of additional police will be on the streets of London Tuesday night as riots engulfed many of London's neighborhoods. There has also been violence in Birmingham and Liverpool.

The riots started Saturday night after a peaceful protest over the police shooting of a young black man.

Prime Minister David Cameron has returned to London to address the riots and recalled Parliament. Police vacations were also canceled.

Journalist Michael Goldfarb wrote about the riots for GlobalPost. He told Here and Now's Robin Young that London's frustrated youth and social media contributed to the spread of the riots.

"You have kids who have access to these social media tools, but they have no access to any other aspect of the society," he said. "They have the same consumer desires that most people have in this society, but they haven't got any money to indulge them. You put those together on a summer night and it's an absolute firestorm. I don't know how many nights this is going to take until it burns itself out."

A recent BBC News report says 1600 police officers are patrolling London streets as a man has been shot dead in Croydon in South London. 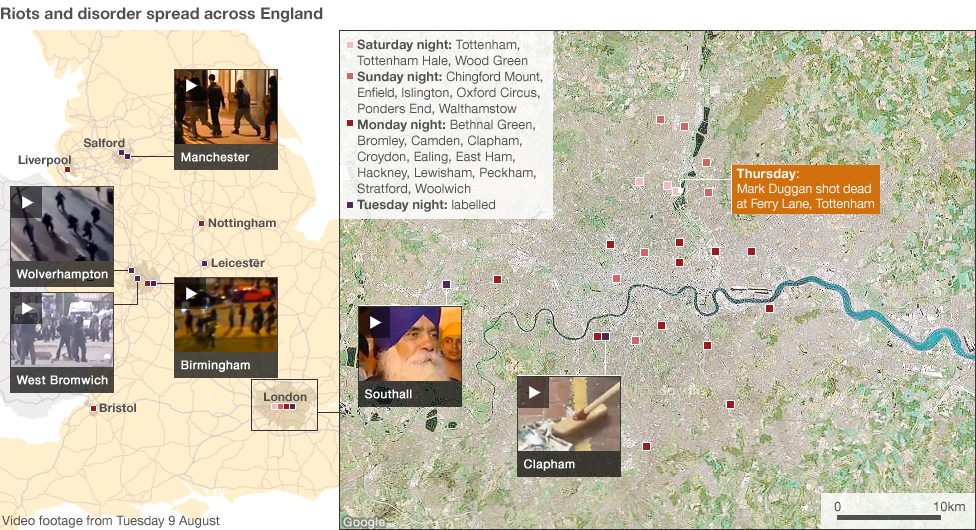