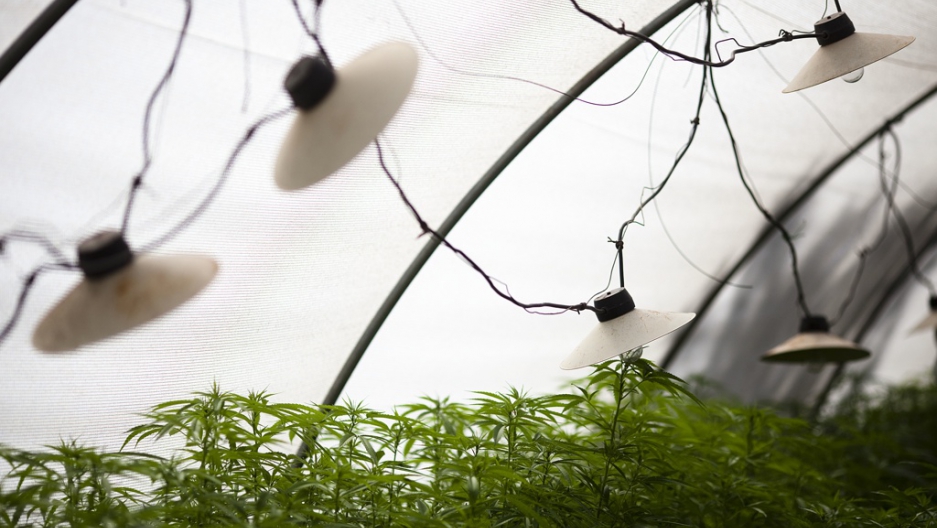 A worker at a cannabis greenhouse at the growing facility of the Tikun Olam company on March 7, 2011 near the northern city of Safed, Israel.
Credit: Uriel Sinai
Share

Not to be distracted by the unprecedented protests gripping the country, the office of Prime Minister Benjamin Netanyahu has marched forward with a pressing national issue, announcing Monday that it had approved guidelines for the use of medical marijuana.

Israel, it seems, will be the next frontier in the medical marijuana industry, joining Canada, several U.S. states, and a handful of other countries.

"The Health Ministry will — in coordination with the Israel Police and the Israel Anti-Drug Authority — oversee the foregoing and will also be responsible for supplies from imports and local cultivation," a spokesman for the prime minister said in a statement.

What? Imports? Israel is going to import marijuana?

Basically, one way or another, the Israeli government is going to be doling out weed to the country's 6,000 patients that, at the moment, qualify for it.

This would appear to be a victory for the international pro-cannabis lobby. But as The 420 Times magazine points out, the quality of government-provided weed for medical purposes doesn't have a very good track record.

"It would seem that is better than nothing, but Canadian patient’s haven’t had a very good experience with the cannabis their government is responsible for. The quality can often be below par, which is not a good attribute for medical marijuana," the magazine wrote in a story on the subject.

Not to be paranoid, but what might be the government's real motivation here? Why now? Is there, perhaps, a consipracy to dull the senses — the outrage — of protesters who have closed off large parts of Tel Aviv?

Probably not. But you should really read about what's going in Israel right now. There are really big protests, and we are hearing calls for early elections. This could change everything, man.