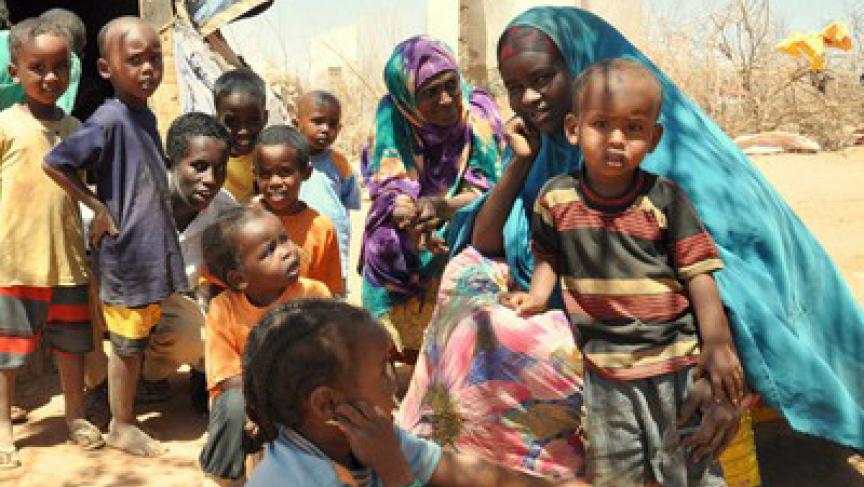 Food security experts don't use the word 'famine' casually. To them, it is a precise scientific term, and in order to declare famine, they require three pieces of evidence. The first is a high level of food scarcity.

"We have to have evidence that 20 percent or more of the population has extremely limited access to food, and very little ability to cope with those food deficits," said Chris Hillburner, an advisor to the US Famine Early Warning Systems Network or FEWSNET.

The second piece of evidence is a high level of malnutrition. To be a famine, at least 30 percent of children aged FIVE and below have to be severely malnourished.

The third piece of evidence is a high death rate, said Hillburner: "The death rate that applies to the entire population has to be above 2 per ten thousand, per day."

That is four times the average death rate in a food secure population.

By May and June of this year, the levels of food access and malnutrition had crossed the famine threshold, says Hillburner. FEWSNET had warned the international community that the situation in parts of Somalia might be headed towards a famine.

But they couldn't declare a famine, until they had the third piece of the puzzle: the overall death rate.

That information was collected by the United Nations starting early this month. The United Nations Food Security and Nutrition Analysis Unit for Somalia (FSNAU) has been analyzing those numbers for the past week.

"And as they started to come in, it was very clear what we were seeing," said Grainne Moloney, chief technical advisor at FSNAU.

The death rates in two parts of Southern Somalia -- Lower Shabelle and Bakool -- had not only reached the famine threshold, but exceeded it.