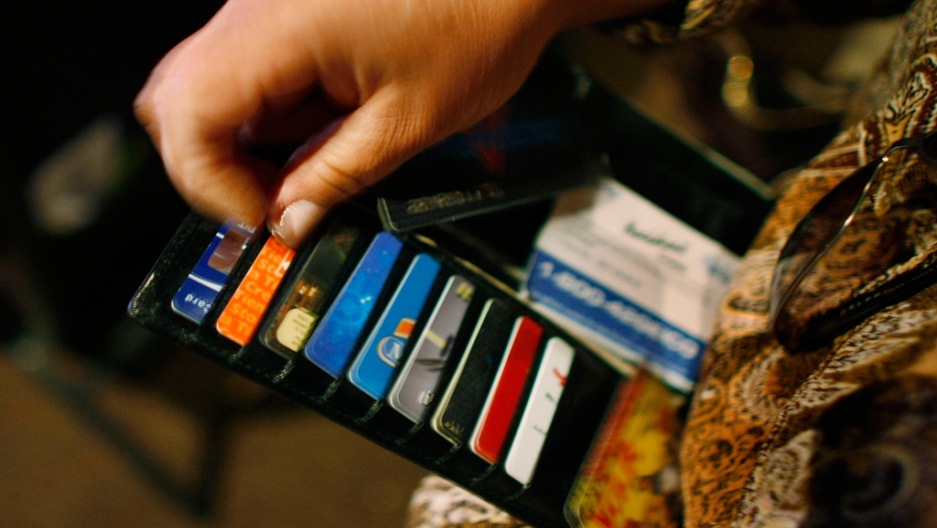 SANTIAGO, Chile — With two credit cards and a steady job in sales Nicole Olguin had achieved financial independence for the first time in her life and she wasted little time in exercising her newfound economic freedom.

With her cards Olguin, who was 21 years old at the time, purchased things that normally required saving for months — perfume and clothes topped her list of must-haves items.

It wasn’t long before her credit cards were maxed out and, subsequently, disaster struck. Olguin was diagnosed with uterine cancer and was forced to quit her job and put her studies on hold. Without an income she fell behind on her monthly payments and the late fees and interest began piling up. Soon her original debt of $65 had ballooned to nearly $7,000.

More from GlobalPost: New on Chilean TV, torture and murder

“For me it was independence,” Olguin said of her credit line. “Independence from my parents, I didn’t have to borrow money for the things I wanted to buy. Until I got sick it never occurred to me that I wouldn’t be able pay.”

Olguin’s troubles are certainly not unique in Chile where economic success has been accompanied by a consumer-spending bonanza made possible largely with easy credit.

In a country of 17 million there are more credit cards than citizens, many in the hands of low-wage workers or college students, like Olguin, who are encouraged to indulge consumerist whims with little regard for the risk of falling into debt.

Although a handful of wary economists presaged a disturbing trend of unchecked credit card spending, few anticipated the conversation would be thrust into the public forum in such dramatic fashion. In June, La Polar, the country’s fourth largest retailer, admitted it had secretly hiked interest rates and fines on outstanding debt for 418,000 of its customers in a failed attempt to conceal debt.

La Polar’s troubles have many asking if the country is in the midst of credit card debt crisis, though few seem to have an answer. On the surface, Chile’s household debt-to-income, which is just over 70 percent, appears downright conservative when compared to the 140 percent in the United States. In fact, Chile’s Central Bank reports that just 4 percent of the population is over indebted.

But these strict definitions are far too narrow for a serious conversation about debt, said Christian Larrain, a partner with the consulting firm CLGroup.

“The government defines over indebtedness as a household where 75 percent of the income goes toward paying debt,” Larrain said. “That isn’t an over indebted home, that’s a home in bankruptcy."

It isn’t time to hit the panic button yet, Larrain said, but considering the lack of transparency among commercial lenders, the La Polar fiasco was probably just a matter of time and there could be another if changes aren’t made to the regulatory system.

The banking sector, which represents about 60 of bank-issued credit cards, is subject to government oversight and as a result has developed stringent lending practices. On the other hand, commercial lenders, in the form of several large retail outfits, and dozens of smaller lenders, operate on a near independent basis.
Despite retail’s relative size compared to banks — retail represents about 20 of all consumer credit — retail credit cards outnumber bank-issued credit cards three to one, a clear indication, some say, of how easily attainable credit is regardless of financial standing.

The curious disparity did not go unnoticed by the former administration of President Michelle Bachelet. The center-left government asked Larrain to study the level of debt risk and develop a plan for financial regulation accordingly. But opposition from the powerful retail lobby killed momentum in the Senate where after four years Larrain's draft proposal remains.

Public outcry in the wake of the La Polar scandal led Chilean President Sebastian Piñera to pledge regulatory changes, including transparecny measures, but the larger question of debt levels is still mostly unknown.

“When a bank lends it has the transparency to see how much debt you carry with other banks, no such thing exists for retailers,” Larrain said. “You can easily have four to five cards without anybody knowing and in no time reach 50 percent of your income in consumer credit.”

If the revelation of La Polar cautioned against reckless credit card spending, the lesson wasn’t learned in the electronics department of the country’s largest retail outlets where shoppers snatched up plasma televisions ahead of the Copa America soccer tournament.

These unabashed displays of consumerism are the natural outgrowth of Chile’s economic success, said Rodrigo Salcedo, dean of the College of Social and Economic Sciences at the Catholic University in Maule.

Over the last two decades Chile has lifted 4 million people out of poverty and eliminated the slums that encircled Santiago. The struggle to keep up with ones neighbors is as much about a new house and car as it is status symbols like the latest technology.

“The picture of Homer Simpson living in the American suburbs no longer exists,” said Salcedo, “today he lives in Chile and he’s struggling for middle class status.”

Even with a strong economy, traditional lenders are still beyond the reach of low-income borrowers, driving them into the open arms of Chile’s booming retail sector.

Amid the retail boom is increased social pressure to consume. And retailers make it easy for would-be consumers, setting up shop on heavily trafficked pedestrian thoroughfares and outside universities.

It doesn’t matter if you’ve been paying up until a certain point, said Sergio Arancibia, director of Gemines Consultores, a Santiago-based consultancy. With interest rates sometimes of 70 percent and penalties for late payment it can be exceedingly difficult to dig out of debt.

Once behind on payments a borrower’s bad debt can quickly end up in the hands of Dicom, an Equifax-owned credit-rating agency, which carries a stigma that can make buying a home or even landing a job problematic.

Olguin knows all too well how quickly ones fortunes can turn on easy credit. Her troubles with her La Polar card ended up with Dicom, which has already cost her one job opportunity.

“Last November, I thought I’d been hired, in comptuer sales, that’s what I was told, but after several weeks of waiting they called me to say that because my Dicom score was so high they’d hired someone else instead,” Olguin said. “Once you end up in Dicom you have no chance of getting a job or getting a loan if you want to buy a house.”

Olguin is disputing her debt with La Polar, though admits no matter what the final bill, she won’t be able to pay without a job. For now she is exercising a new mantra regarding credit.